Jung Jae-young, man with a plan

Jung Jae-young, man with a plan 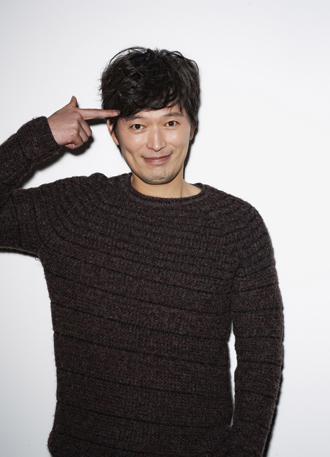 Actor Jung Jae-young is back to show his comical side, this time in the movie “The Plan Man,” which hit local theaters yesterday.

In his new film, Jung plays Jeong-seok, a man with bad obsessive-compulsive disorder, which forces him to plan every aspect of his life. He wakes up, crosses the road, visits the convenience store and goes to bed at the same time every day.

Jeong-seok is also obsessed with keeping things clean and carries a bottle of hand sanitizer in his bag at all times. The character is quite odd, but Jung is able to make him feel real.

“I thought there should be a clear reason for Jeong-seok’s behavior,” said Jung, noting that the character had been traumatized when he was young, leading to the disorder.

“In fact, many people in modern society are obsessive to some level. I just exaggerated it to show such symptoms, but I thought the actions should have a connection with the hurtful experiences he had in the past.”

Jeong-seok’s orderly life gets shaken up when he meets a carefree musician named So-jung, played by the actress Ha Ji-min, and forms a band with her. As they prepare for an audition, the two develop romantic feelings for each other.

Jung has played rather serious and dark roles over the past few years, such as a cold-blooded debt collector in 2011’s “Countdown” and a tenacious detective looking for the truth about a serial killer in 2012’s “Confession of Murder.” But for this movie, he shifted to being comical.

“Actors are destined to pursue new characters, because if you continue playing a similar role, not only the audiences but also the actor himself gets sick of the character,” he said. “Not to lose my sense of humor, I thought it was good for me to play a funny character.”

It is not the first time Jung has dabbled in humor. He played a whimsical baseball player in 2004’s “Someone Special” and a man living on an island in the Han River after failing to commit suicide in 2009’s “Castaway on the Moon.” (Yes, that was a comedy, too.)

In fact, Jung’s true character is quite different from Jeong-seok.

“I don’t do activities with others because I hate planning,” he said.

If Jung has an obsession, he says it is going to the sauna the day before he films something.

“I adopted this habit when I was filming ‘Silmido,’?” he recalled. “Being in a sauna refreshes me. It would be better to work out, but I’m too lazy.”

It has been 18 years since Jung made his debut, a small role in the movie “The Adventures of Mrs. Park.”

The year ahead promises to be quite interesting for Jung. After “The Plan Man,” he will play a eunuch who tries to protect King Jeongjo in “The King’s Wrath” and a father looking for his daughter’s killer in “The Hovering Blade” later this year.