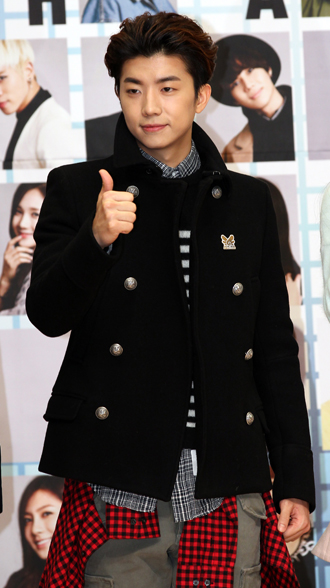 Wooyoung, of the boy group 2PM, said that actress Park Se-young is very similar to his ideal image of a woman.

During a press conference to promote the MBC entertainment show “We Got Married” on Thursday in Gyeonggi, Wooyoung said he likes being paired with Park in the show as a married couple.

“We only have done one filming [session] and I felt good,” he said. “We’ll get to know each other better.”

He said he gets a lot of advice and tips from other members of his group, like Nichkhun, who was on the program previously with Victoria of the girl group f(x). Taecyeon also was paired with Chinese actress Gui Gui last year on the program’s global edition.

“I want to continue to have butterfly-in-my-stomach feelings,” Woo young said, adding that he likes to give small presents or do surprise events.

“I think I will be comfortable doing the program.”