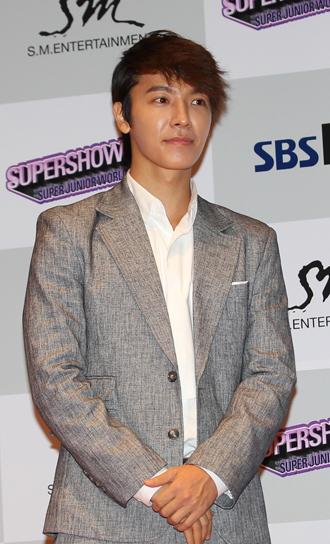 Lee Dong-hae, a member of the popular K-pop group Super Junior, has landed his first leading movie role. According to the online news outlet OSEN, the 28-year-old singer will play the role of a high school student who digs up a surprising truth about his girlfriend, in an omnibus film tentatively titled “Rumor.”

The film will consist of five 25-minute shorts, and producers say they intend on submitting the final project to the nation’s film festivals in the latter half of this year.

Dong-hae debuted as a member of Super Junior in 2005 and joined the group’s Chinese-language subgroup Super Junior-M in 2008.

Dong-hae has been working on his acting career, appearing in the Korean drama series “It’s Okay, Daddy’s Girl” in 2010 and the Taiwanese drama series “Skip Beat” in 2011.