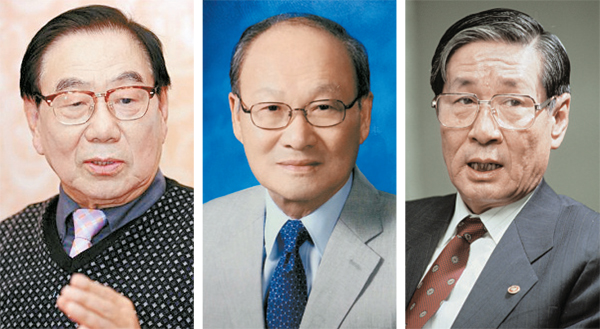 The JoongAng Ilbo interviewed three economists who participated in the planning and execution of the five-year economic plans from 1962-86.

O Won-chul, who served as presidential first economic secretary from 1971-79, said the key to success was determination, a clear goal and a well-organized system.

For the implementation of the five-year-plan for economic development, an impact policy that focused on building a chemical industry was the key.

“The government shaped Korea’s industry from top to bottom,” says O. “A system is not something you just blindly list in the policies.

“There was a goal to boost agriculture. To achieve that goal, a complex fertilizer plant was established in the country. If there had been no five-year plan, such quality fertilizers would not have been localized so quickly.

Lee Seung-yun, former finance minister, deputy prime minister and the head of the Economic Planning Board, says that if the five-year plan was about breaking the vicious circle of poverty, the three-year plan is about creating a virtuous circle of wealth.

“The first revolution was breaking absolute poverty. Controlling inflation and the side effects of economic development could be seen as the second revolution.”

“If we fail in the third revolution, it will be difficult to avoid being degenerated to a straggling nation. To increase the feasibility of the policy, the government must convince politicians and those who have vested interests and obtain a consensus from the public.”

Choi Gak-kyu served as minister of trade and industry from 1977-79 and was deputy prime minister and head of the economic planning board from 1991-93.

“The current government’s three-year plan is a paradigm shift. It is now time to establish such a plan. President Park Geun-hye knows the five-year plans of the past 20 years well.

“In order for the three-year plan to succeed, there must be a long-term vision,” Choi says.

“The five-year plan was a private investment guideline led by the government during the development age. However, as the free market system was enhanced, it had limitations. The three-year plan should listen to the difficulties of private companies and communicate better, so that they can understand the government’s economic policy and the policy will work successfully.”