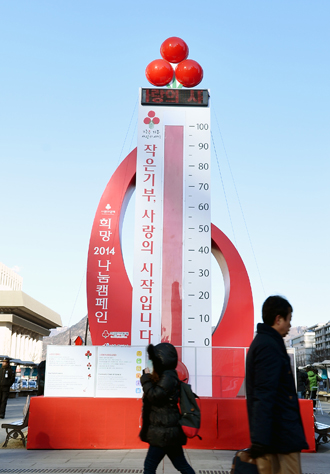 A display at Gwanghwamun Plaza in central Seoul yesterday shows that the Community Chest of Korea exceeded its fundraising goal 55 days after its annual year-end and New Year fundraising drive began. The charity announced it raised 316.2 billion won ($298 million), the largest since the fundraising drives began in 1999. [NEWSIS]