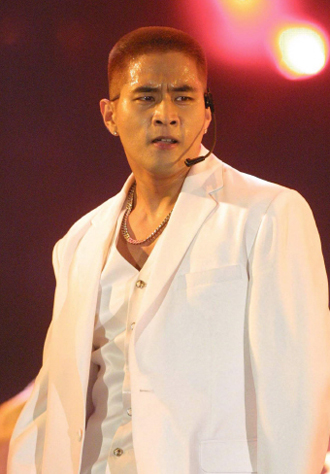 The banned-from-Korea singer Yoo Seung-jun, also known as Steve Yoo, recently said he has no interest in making a comeback to the Korean entertainment scene.

Yoo wrote the comments on his Weibo social media page over the weekend in response to comments made by Kim Hee-chul of the boy band Super Junior.

On the entertainment program “Sseoljeon,” Hee-chul said Yoo cried when they met outside of Korea, saying he wanted to come back.

“I’m a man with tears, and it warms my heart when I think about Korea or you,” wrote Yoo. “That was why I my eyes were full of tears.”

Yoo denied that he cried because he wanted to perform again in Korea, although he said he does miss it.

“I don’t have any wish to make a comeback in Korea. I never planned to do so and I never will,” he wrote. “It just hurtful that I can’t step on Korean soil, even after 12 years.”

Yoo, a popular star in the 1990s, was banned from entering Korea after he refused to undergo mandatory military service after repeatedly saying that serving in the military was important to him, promising to do it. He left Korea in 2002, just before he was supposed to enlist, and became a naturalized U.S. citizen.