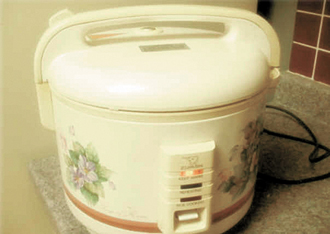 In the old days, those who traveled overseas became like Santa Claus to their family members upon coming back. Those who went to Germany brought German-made brands, and those who went to Japan brought Japanese-made brands. Just looking at those products can give you a picture of how Koreans’ foreign travel evolved over the years.

According to data from the Korea Tourism Organization, alcohol and cosmetic products topped the shopping lists of Korean travelers in 1991, both at 50.3 percent. They were followed by electronic goods (45.9 percent), clothes (26.3 percent) and toys (25.9 percent). As the data indicates, alcohol, particularly Chivas Regal, was a must-buy item.

But Japanese-made electronic goods were just as popular. It was a common scene for people passing through the arrival gates at Gimpo International Airport to carry a Zojirushi rice cooker in one hand. A Sony Walkman was another “it” item.

For those who went to Europe, Swiss Army knives from Victorinox and cutlery from J.A. Henckels were the things to buy. A Korean housewife with these two items was secretly boasting that she or her family has been to Europe.

“Tiger balm” from China was considered in Korea to be a cure for all kinds of skin troubles in those days. People who traveled to Southeast Asia would bring back tropical fruits like mango, papaya, guava and rambutan, but these days, bringing back agricultural goods from foreign countries is forbidden.

“These days, Koreans are searching for certain models or well-known local products instead of certain brands or luxury items,” said Scott Kwon, the director of the Korea office of the Hong Kong Tourism Board.