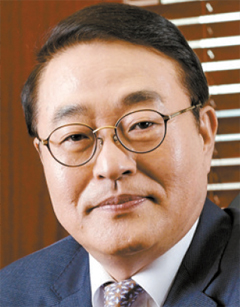 Lotte Shopping, the retail arm of Lotte Group, was chosen as the International Retailer of the Year by the United States-based National Retail Federation, becoming the first Korean retailer to receive the annual award.

“This award will serve as a big motivation to the long-range plans Lotte Shopping has and also as an opportunity to solidify its footing as a global company,” Shin said. “We will put out our full efforts in providing quality products and services as a global retailer and fulfill all the social responsibilities we bear.”

The National Retail Federation, which was established in 1909, is the largest retail trade association in the world. Around 9,000 retail companies from 45 different countries are members of the federation.

The award is given to a retailer that shows dynamic leadership in boosting international cooperation among global retailers and makes a positive impact on the industry by setting new trends.

“We were able to be named as the International Retailer of the Year award as we were recognized for our sales volume, the possibility of growing sustainably and the competitiveness to overcome the low [economic] growth era,” said an official from Lotte Shopping. “We were also noted for our innovation in merchandising and marketing.”