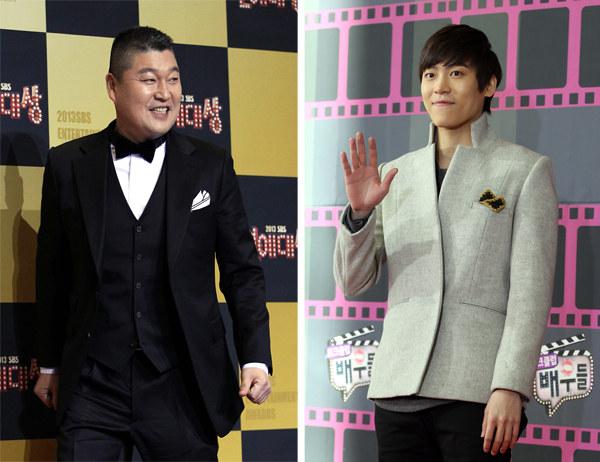 Members of the popular KBS entertainment show “Our Neighborhood Arts and Physical Education” will go to the Sochi Olympics, which begin next month, to cheer on Korean athletes - speedskater Lee Sang-hwa in particular.

Comedian Kang Ho-dong, Park Sung-ho, singer John Park and model Julien Kang will leave for Russia for the global sporting event on Feb. 9 and plan to return on Feb. 14.

Although the broadcaster wanted to keep the traveling team light, to maximize flexibility, 20 people will reportedly be on the “Our Neighborhood” team.

The entertainment program features the hosts plus several celebrities traveling to small towns around Korea each week, where they compete with the locals in a variety of sports, including badminton, table tennis, basketball and bowling.

It had been agreed that if the hosts could win four tournaments, then the producers would take the program to Sochi for the Games.