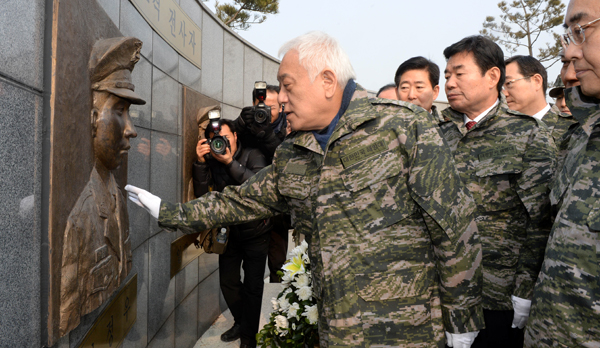 Kim Han-gill, left, chairman of the main opposition Democratic Party, touches a relief of the late Staff Sergeant Seo Jeong-woo on a monument in Pyeonghwa Park yesterday on Yeonpyeong Island. Seo was killed in North Korea’s shelling of Yeonpyeong Island on Nov. 23, 2010. During the visit, Kim emphasized the importance of security and said the DP would not tolerate any kind of military provocation that would destroy peace on the peninsula. [NEWSIS]