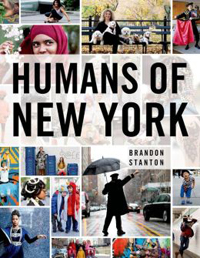 Based on the blog with more than two million loyal fans, a beautiful, heartfelt, funny and inspiring collection of photographs and stories capturing the spirit of a city

Now an instant No. 1 New York Times best-seller, “Humans of New York” began in the summer of 2010, when photographer Brandon Stanton set out to create a photographic census of New York City. Armed with his camera, he began crisscrossing the city, covering thousands of miles on foot, all in an attempt to capture New Yorkers and their stories. 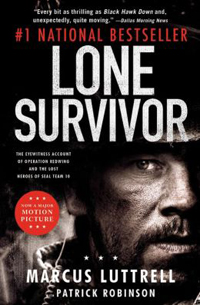 Lone Survivor: The Eyewitness Account of Operation Redwing and the Lost Heroes of SEAL Team 10

Four US Navy SEALS departed one clear night in early July 2005 for the mountainous Afghanistan-Pakistan border for a reconnaissance mission. Their task was to document the activity of an Al Qaeda leader rumored to be very close to Bin Laden with a small army in a Taliban stronghold. Five days later, only one of those Navy SEALS made it out alive.

This is the story of the only survivor of Operation Redwing, SEAL fire team leader Marcus Luttrell, and the extraordinary firefight that led to the largest loss of life in American Navy SEAL history. 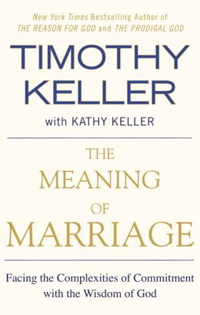 The Meaning of Marriage: Facing the Complexities of Commitment with the Wisdom of God

Based on the acclaimed sermon series by New York Times bestselling author Timothy Keller, this book shows everyone - Christians, skeptics, singles, longtime married couples and those about to be engaged - the vision of what marriage should be according to the Bible.

Modern culture would have you believe that everyone has a soul mate; that romance is the most important part of a successful marriage; that your spouse is there to help you realize your potential; that marriage does not mean forever, but merely for now; and that starting over after a divorce is the best solution to seemingly intractable marriage issues. But Keller explains how these modern-day assumptions are wrong.