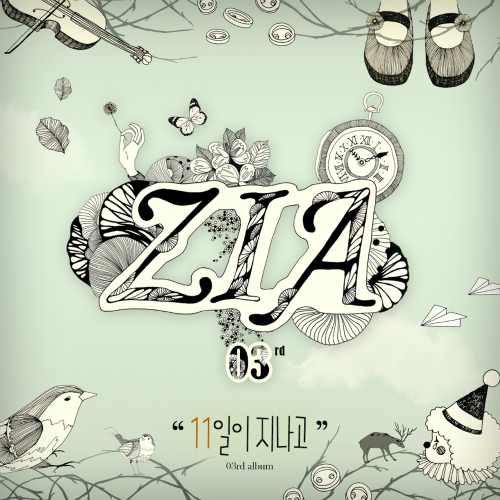 Vocalist Zia is back with her third regular album “After 11 Days,” sticking to what she sings best - ballads. The 28-year-old singer once again has her strong voice powering over sentimental melodies and lyrics. The results will definitely touch the hearts of those going through sad moments.

“After 11 Days” consists of 11 songs, as the album’s title suggests, and each song unfolds with the different emotions and attitudes a woman experiences after a breakup.

The lead-off single, “Have You Ever Cried,” describes the realistic experience of a girl who tries to carry on with her life but fails and ends up bursting into tears in the middle of the street. While the story is dramatic, Zia sings the story with a sense of calm, as if to suppress her sorrow. The result is genuinely evocative.

However, Zia is not just presenting the same old style. On “Hurt,” she sings with LE, a female rapper from the girl group EXID. The unique combination of female voices, each expressing a contrasting set of emotions, adds a new dimension to the album.