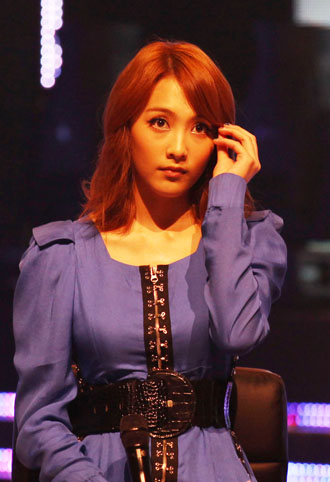 The agency of Kang Ji-young, the soon-to-be-former member of K-pop girl group Kara, denied a recent rumor that she is dating Park Geon-il of the K-pop boy band Supernova.

Ji-young’s agency, DSP Media, told local media that “it is true that the two are quite close as friends, but that does not mean they are in an exclusive relationship.”

Japanese magazine Cyzo Daily first reported that Ji-young and Geon-il are dating and speculated that their relationship could have been involved in Ji-young leaving the popular group.

“It is nonsensical to find a link between their relationship and her recent decision to leave the group,” said DSP’s statement.

Ji-young and Geon-il starred in the Japanese television drama “Rainbow Rose” in 2012 and played lovers in the music video for Ji-young’s first solo single, “Wanna Do” that same year.

Ji-young has said she does not want to renew her contract with DSP Media after it expires in March.