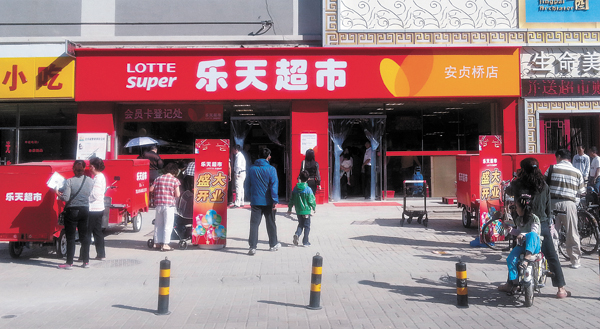 At the end of last year, I toured Tsingtao, Shanghai, Guangzhou and other industrial cities in China. Manufacturers that had located there in order to take advantage of low labor costs were struggling with losses, while consumer-oriented service industries were eager to expand their market share. I concluded the time had come to “change players.”

The owner of a toy company in Suzhou lamented that he was like “a lost migratory bird.” His losses will mount if he keeps the factory running, but he hasn’t found another place in Southeast Asia that meets his logistical needs.

If he comes back to Korea, he would struggle to find affordable workers. What about companies from other countries?

Last year, “reshoring” was a buzzword in the American manufacturing sector. Companies that had relocated abroad - especially to China - began to come back.

The wage level in China is going up by nearly 20 percent every year, and the U.S. shale boom has cut down the cost of production in America. In August 2013, Walmart declared it would purchase an additional $50 billion in U.S. products in 10 years.

Japanese companies began to exit China in the 2000s in the face of growing anti-Japanese sentiment. Many of them moved to Southeast Asia, and the Japanese government offered generous subsidies for industrial complexes. Japanese operations are now strategically located in Laos, Cambodia and Myanmar.

The emergence of China in the 1990s reorganized the global manufacturing system. Products made by 400 million low-wage workers began to encroach on markets in the West, and as China joined the World Trade Organization in 2001, the country became the “factory of the world.” But rising wage levels, the revaluation of the Chinese yuan and environmental pollution have made China’s industrial conditions less attractive.

The Obama administration is promoting its “Make It in America” initiative. Japan is using Southeast Asian industrial complexes as post-China alternatives. But what about Korea?

Rather than bringing back the companies that have moved abroad, thriving conglomerates are moving their establishments to other countries.

I am worried that the entire Korean economy may feel like “a lost migratory bird.”