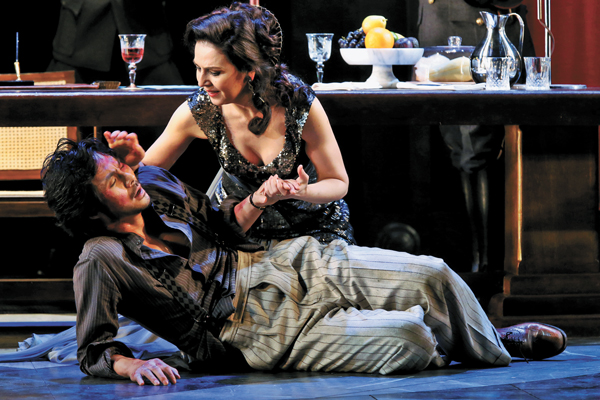 While K-pop has recently been enjoying some astounding success across the globe, the world has long paid attention to Korean classical music. “K-classical” musicians may be less well known at home compared to their K-pop cousins, but many Korean classical artists are, in fact, already industry leaders.

As a result, the JoongAng Ilbo felt it was time to introduce some talented Korean musicians who have had successful careers across America and Europe. Korean singers - sopranos, tenors and baritones - have become leaders in European opera houses. There are more Korean singers to be found in choirs, in particular, which makes it difficult to name each one of them in this article.

The first generation of Korean sopranos who managed to achieve success in Europe included Hei-Kyung Hong, Sumi Jo and Youngok Shin. Right after came Sunhae Im, Yeree Suh and Hellen Kwon, who is a member of the Hamburg State Opera company. Also at Hamburg is Hayoung Lee, while Eun Yee You sings for the Leipzig Opera and Sunyoung Seo is at Theater Basel.

(Note that many Koreans who have succeeded in the world of classical music are known professionally with their names presented in the Western style, where family names follow personal names.)

When it comes to Korean male baritones, singer Samuel Youn has become internationally renowned, especially for his interpretation of the works of Richard Wagner. Bass Attila Jun performs in Stuttgart, Germany, while baritone Tae-joong Yang is active at the Vienna State Opera. Bass Jongmin Park has been based in Paris, Hamburg and Vienna. Tenor Yonghoon Lee sings in Zurich, Vienna and Munich. And recently, baritone Eun-kwang Lee, a member of Theater Basel, has begun to gain recognition from European audiences.

Experts say the key factor behind such accomplishments by Korean opera singers is that those talented artists not only have innate musical abilities, but they also work extraordinarily hard to become top in their field. Professor Kwangchul Youn of the College of Music at Seoul National University said he worked day and night to learn the correct pronunciation for German operas. “In the end, I was able to pronounce more precisely than native Germans,” Youn said.

Youn is celebrated for redefining Korean classical music history with his successful performance of the opera “Parsifal.” The opera, the last one Richard Wagner completed, was performed at the Seoul Arts Center’s opera house in October 2012. 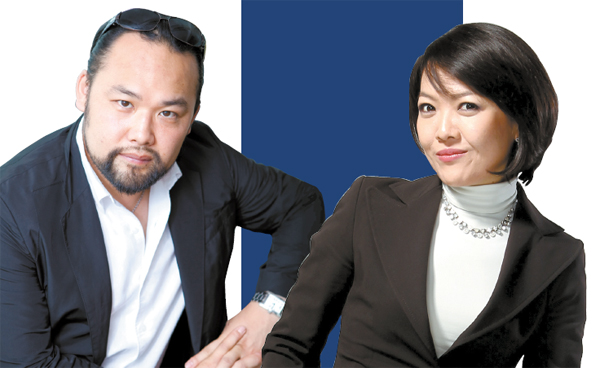 Compared to the vocal-based music of opera, Koreans have had less success with symphonic music, but even in the concert hall they are doing increasingly well. Bassoonist Hyun-sung Jang participated in the Berlin Philharmonic Orchestra concert in Seoul. Yeon-hee Kwak plays oboe in the Radio Orchestra Munich. The first violinist in the Hanover State Orchestra is Yoo-jung Kwak, and violist Ki-heon Lee of the Heidelberg Philharmonic Orchestra is also noteworthy.

Young Korean classical musicians swept across Europe in the early 2000s, when Korean artists started to perform very well in major musical competitions. But critics point out that there is a clear gap between the frenzy of the Korean press and the reality in Europe.

This is why the Korean government should create a support system for musicians. Parents can guide young artists to a certain level of achievement, but considering the other factors that go into creating classical musicians, parental support is not enough.

Lee Jang-jik, a researcher in the Western Music Research Institute at the College of Music of Seoul National University, says music is the most effective and time-efficient sector in the arts for building a good national image. He believes that the entrance into the European classical music scene by Korean artists is the best way to win the heart of music lovers in Europe. Lee also emphasizes the need for having basic data to better nurture classical musicians in the globalized age. “Until recently, we have totally relied upon individual efforts,” said Lee. “But in the 21st century, the Korean government must provide a long-term cultural diplomacy agenda to support classical music.”

In this respect, Kumho Asiana Cultural Foundation’s recent activities are very meaningful. The foundation has offered the Kumho Asiana scholarship for gifted artists, the Kumho Young Artists scholarship and supported artists-in-residence. Pianist Dasol Kim was the artist-in-residence last year and was followed by violinist Hyeyoon Park this year. These two performers built their careers in Europe in their early 20s. Although their achievements are not well known to Korean audiences, Kim and Park are expected to widen their horizons in the not too distant future thanks to Kumho Asiana’s encouragement.

Lee Ji-young, a deputy team manager in the music enterprise department at the Kumho Asiana Cultural Foundation, notes that “no matter how brilliant you are, it is almost impossible to become successful in the global music market all by yourself. That is why you need cultural foundations like us, who will fill the need that individuals can’t.”

“It is difficult to survive in the global music market only with a diploma from a prestigious school, or with an award from a renowned musical competition,” said Kwon Sun-deok, president of Schoenbrunn Music Consulting. “What you need is the systemized networking of Korean overseas performers with the advice of musical coordinators.”