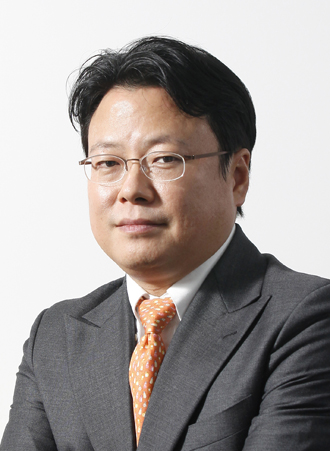 Shim Jae-woo, chief of the business desk at the Korea JoongAng Daily, was chosen as one of the two recipients of the Haedong Award, presented annually by the National Academy of Engineering of Korea.

Along with Shim, 45, the award was also given to Oh Myong-sook, professor of chemical engineering at Hongik University.

“As a journalist with a background in science and engineering, Shim has focused on shedding light on engineering technology and innovation from different angles,” the academy said in a statement. “He has been acknowledged for playing a role in the establishment of industry- and technology-related policies.”

The awards ceremony will be held Monday at the Lotte Hotel in Sogong-dong, central Seoul. Around 300 people from the engineering technology sector are expected to attend, including Yun Jong-yong, head of the Presidential Council on Intellectual Property, Chung Joon-yang, chairman of the National Academy of Engineering of Korea, Huh Chin-kyu, chairman of Iljin Group, and Kim Chung-shik, chairman of Daeduck Electronics. Each recipient will receive a plaque and a check for 25 million won, or $23,300.