A show of support ­

A show of support ­ 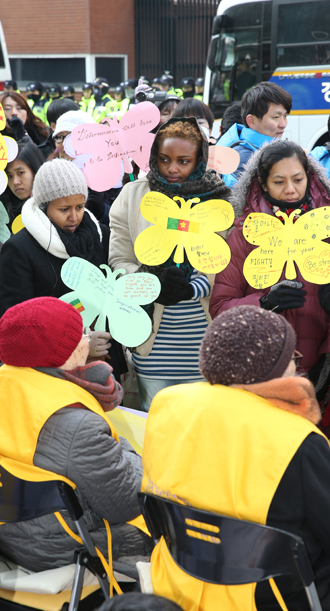 A group of foreign activists join a rally yesterday in front of the Japanese Embassy in central Seoul, holding messages of support for “comfort women,” who were recruited as sex slaves for the Japanese military during World War II. The female activists are visiting Korea to participate in the Ewha Global Empowerment Program, hosted twice a year by Ewha Womans University in conjunction with UN Women, to promote education for women and gender equality in Asia and Africa. By Kim Sang-seon