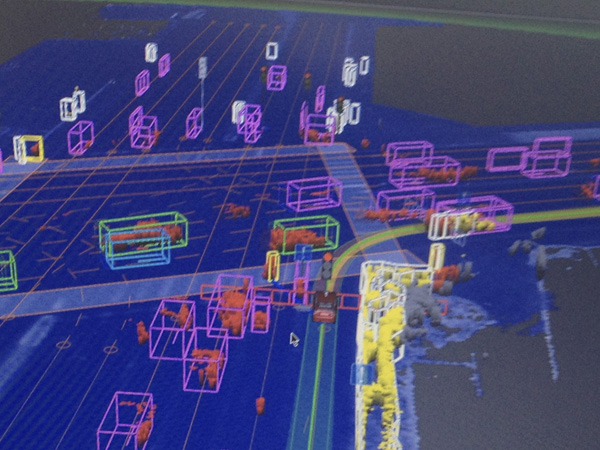 CAMBRIDGE, Massachusetts - At the Consumer Electronics Show (CES) in Las Vegas a couple of weeks ago, the roulette wheel of innovation landed on something rather old-fashioned and unexpected: the automobile. In recent decades, cars have been undergoing a gradual transformation from the kinds of mechanical systems Henry Ford might have imagined into computers on wheels. And that transformation is bringing with it a new wave of digital advances - above all, autonomous driving.

The first autonomous (or self-driving) cars date back to the late 20th century. But recent increases in sophistication and reductions in cost - reflected, for example, in cheap Lidar systems, which can “see” a street in 3-D in a way similar to that of the human eye - are now bringing driverless cars closer to the market.

As we saw last week, several manufacturers are working toward integrating such systems into their fleets, and expect to start selling premium cars with different degrees of autonomy as early as 2016. According to a just-released IHS report, “sometime after 2050” virtually all vehicles on the road might be self-driving.

But what is the drive behind self-driving cars? Are there meaningful benefits beyond the convenience of keeping your hands off the steering wheel and thus being able to read a book, take a nap or text guiltlessly?

At the CES, journalists were busy snapping pictures of driverless vehicles zooming through the streets of Vegas. But, had they turned their cameras around, they might have captured something far more interesting: the stage upon which the drama of self-driving will take place - the street itself.

Self-driving vehicles promise to have a dramatic impact on urban life, because they will blur the distinction between private and public modes of transportation. “Your” car could give you a lift to work in the morning and then, rather than sitting idle in a parking lot, give a lift to someone else in your family - or, for that matter, to anyone else in your neighborhood, social-media community or city.

A recent paper by the Massachusetts Institute of Technology’s Smart Future Mobility team shows that the mobility demand of a city like Singapore - potentially host to the world’s first publicly-accessible feet of self-driving cars - could be met with 30 percent of its existing vehicles. Furthermore, other researchers in the same group suggest that this number could be cut by another 40 percent if passengers traveling similar routes at the same time were willing to share a vehicle - an estimate supported by an analysis of New York City Taxis shareability networks. This implies a city in which everyone can travel on demand with just one-fifth of the number of cars in use today.

Such reductions in car numbers would dramatically lower the cost of our mobility infrastructure and the embodied energy associated with building and maintaining it. Fewer cars may also mean shorter travel times, less congestion and a smaller environmental impact.

The deployment of more intelligent transportation systems promises to deliver similar benefits. Real-time data planning and smart routing are already a reality. Tomorrow’s autonomous vehicles will prompt another wave of innovation, from optimization of road capacity to intersection management. Imagine a world without traffic lights, where vehicular flows “magically” pass through one another and avoid collision.

But, while the world’s mobility challenges will increasingly be met with silicon rather than asphalt, encouraging widespread adoption requires guaranteeing that our streets are as safe - or safer - than they are today. That means that various redundancies must be introduced to ensure that if one component fails, another seamlessly takes over.

Traffic accidents, though rarer, would still be a possibility; in fact, they might be one of the main impediments to implementation of autonomous systems, demanding a restructuring of insurance and liability that could sustain armies of lawyers for years to come.

Finally, there is the fresh issue of digital security. We are all familiar with viruses crashing our computers. But what if the same virus crashes our cars? All of these issues are urgent, but none of them is insurmountable. They will be resolved in the coming years as autonomy redefines mobility and sparks the next generation of innovations in the field. At that point, the smart money might favor something even more old-fashioned than cars: the city itself. Copyright: Project Syndicate, 2014.