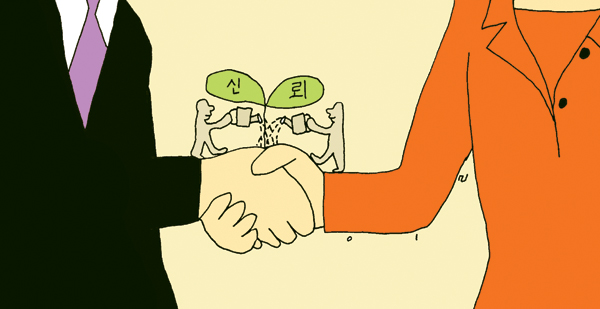 Although the full itinerary of U.S. President Barack Obama’s scheduled trip to Asia in April has not yet been formally announced, Washington officials believe Japan is a definite stop. A stop in the Philippines, which is recovering from Typhoon Haiyan, is also likely and then possibly Indonesia or Malaysia. Korea and China are noticeably absent in his itinerary. However, Obama will head to Beijing for an APEC summit in the fall of 2014.

So what about Korea? It would be a slap in the face to President Park Geun-hye if Obama did not stop in Korea on his trip. To skip a key ally while visiting two others - and at a time when Japan-ROK relations are so bad and the North Korean threat is so imminent - would be truly unthinkable. American filmmaker Woody Allen said that 80 percent of life is just showing up. President Obama needs to show up in Korea. Republican Senator Marco Rubio of Florida seems to understand this logic. The rising star in the U.S. Senate is a member of the influential Foreign Relations Committee and is making his first trip to Asia this week. His three stops are Japan, the Philippines and Korea - three key U.S. allies in the region.

There is much work to be done should Obama decide to visit Korea in April. Indeed, as we start 2014, both the Park and Obama administrations must be cognizant of the dangers associated with letting the U.S.-ROK alliance drift on autopilot. This is not acceptable, especially since there is a great deal of “unfinished business” that was not concluded in 2012 or 2013.

For example, the two countries finally reached a new Special Measures Agreement (SMA) this month, in which Seoul has agreed to increase its annual contributions (approximately $866 million) toward U.S. forces and bases in Korea. Given the questions about transparency of past funds contributed by the Korean government to the U.S. military, this new SMA accord will be heavily scrutinized by the National Assembly. It is critical that the Park government creates the right environment to ensure support for the new accord as a sign of continued strength in the alliance.

The so-called 1-2-3 negotiations between the United States and the ROK is another piece of unfinished business. The two sides must create a new civil nuclear cooperation agreement because the old one has expired. Seoul demands the right to enrich uranium on the front end of the fuel cycle, and to reprocess spent nuclear fuel on the back end of the fuel cycle. Washington believes enriched uranium fuel is plentiful enough on the open market for the ROK to acquire. The nonproliferation community in Washington is also concerned about possible nuclear proliferation resulting from Seoul having reprocessing capabilities and a full nuclear fuel cycle. No progress has been made on these negotiations despite a last-minute agreement to extend the current accord by two years. But time is running out.

And yet another piece of unfinished business is the transfer of wartime operational control, or Opcon. The United States and South Korea agreed that wartime Opcon would transition to the ROK by 2015. But the Park government wants to delay the handover given concerns about the North Korea threat. This would be the second time Korea has asked for a delay and some Americans, including former USFK commander Walter L. Sharp, believe that we should stick to the 2015 timeline. The absence of consensus on this issue creates strategic uncertainty on the peninsula that could lead to North Korean miscalculation.

Then, there is Korea’s interest in joining the 12-member Trans-Pacific Partnership (TPP). Seoul would likely be the first major economy to “dock” onto the TPP in the second phase of the agreement. It took some time for Korea to express interest in the TPP because of its focus on a China-Korea FTA. While it will still pursue the latter, the stakes are high in ensuring Korea’s successful entry to the TPP.

Finally, should President Obama visit Korea in April, this would most likely be in the aftermath of some North Korean provocation. So, there will be a pressing need to give a strong show of alliance, unity and deterrence. Failure by the two governments to agree on any of these issues will be a blow to the trust in the alliance and the perceptions of its strength. And right now, only one of these issues has reached an agreement.

Summits are action-forcing events. If the two governments know their leaders are going to meet in April, this creates a great deal of frenetic activity to try to achieve agreements in order to provide the two leaders with policy deliverable for their meeting.

In this regard, Obama’s visit to Korea in April would provide an opportunity to wrap up a lot of unfinished business in the U.S.-ROK alliance.

*The author is a professor at Georgetown University and senior adviser and Korea chair at the Center for Strategic and International Studies in Washington, D.C.