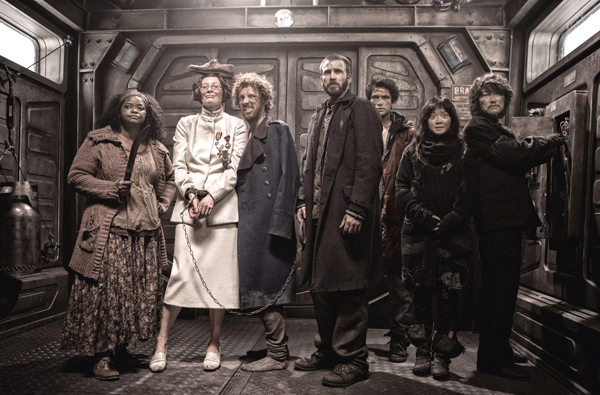 The science-fiction film won’t be in the competition, but it is joining the Special Screenings section of the festival, which opens on Feb. 6.

“The invitation came because many have high expectations for director Bong Joon-ho, who is well known for his previous works like ‘Mother’ and ‘Memories of Murder,’ and because ‘Snowpiercer’ is such a global project,” said an official at CJ E&M, the movie’s distributor in Korea.

The movie will be screened on Feb. 7 and 8, and director Bong will be at the event, along with actors Song Kang-ho, Ko A-sung, John Hurt and Tilda Swinton.

Jean-Marc Rochette, the author of the graphic novel “Snowpiercer” was based on, will also attend.

Although the international rollout of “Snowpiercer” in English territories has been delayed because of a dispute over re-editing with the Weinstein Company, the movie is continuing to come to non-English-speaking countries.

The film opens in Japan on Feb. 7, and it is said to be coming to Germany, Italy and China soon.