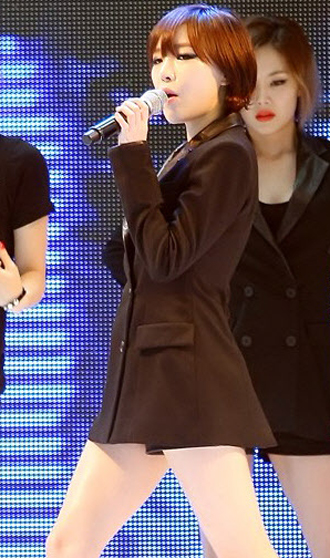 Singer Son Ga-in has not released her latest album yet, but its promotional material is already drawing criticism for being too provocative.

A 30-second teaser trailer for her song “Fxxk U,” which will appear on her third mini-album, “Truth or Dare,” was rated adults-only by the Korea Media Rating Board, according to the singer’s agency, Apop Entertainment.

The teaser features the silhouette of Ga-in and a man behind a shower curtain, moving suggestively, and ends with Ga-in whispering the song title.

The full version of the video will be available on Tuesday.

The song, which features the singer Bumkey, is reportedly about the irony of being in love with someone you cannot stand.