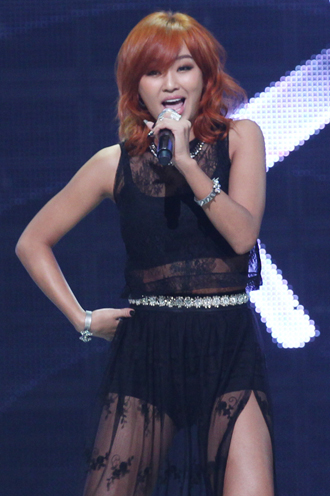 The song, released on Wednesday, is from the soundtrack for the ongoing SBS drama “You Who Came From the Stars.” As of yesterday it was sitting at the top on major online music websites, including Melon, Mnet and Olleh Music.

It is not the first time for the drama to have one of the songs on its soundtrack rank high on the local music charts. Other hits have included “My Destiny” by singer Lyn and “Like a Star” by K.Will.

The drama has steadily gained popularity since it began on Dec. 18, reaching a nationwide rating of 26.4 percent on Thursday’s episode, according to Nielsen Korea.

With eight episodes to go, many industry observers expect the show’s ratings to continue to climb.