Bring baseball back to the Olympics

Bring baseball back to the Olympics 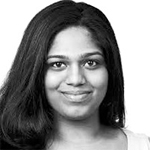 September’s announcement that Tokyo would host the 2020 Olympics could ultimately right one of the great injustices in sports by bringing baseball back to the Summer Games.

Baseball and softball, the quintessential summer sports outside of soccer, were purged from the Olympic program in 2005, effective for the 2012 games, after failing to gain enough votes in a secret International Olympic Committee ballot. To baseball supporters, the move reeked of anti-U.S. bias, as European countries wield strong voting power in the IOC.

Indeed, the arguments against the two sports - softball’s perceived lack of global appeal and the nonparticipation of Major League Baseball players - seem to contradict each other. With the games conflicting with the MLB regular season, the IOC resented that the best of U.S. baseball would not be represented at the Olympics. But that doesn’t exactly jibe with the organization’s attitude toward softball; the American women dominated the sport from the time it joined the Olympic program in 1996, taking home the gold in all but 2008, when they finished with the silver. It basically seemed like the IOC was saying, “We want you to send your best players, but we don’t want them to be better than everybody else.”

The success of the World Baseball Classic should put to rest the idea that baseball isn’t a worldwide sport. Twenty-eight countries competed in the 2013 tournament, which took place in the MLB offseason. Even with the participation of major leaguers, the playing field was relatively even, with the Dominican Republic emerging as champion.

Let’s not deny baseball’s global status just because it’s not popular in Europe. There are six other continents, and baseball is insanely popular in at least three of them. North America? National pastime: check. South America? Birthplace of more than 100 current major leaguers: check. Asia? South Korea and Japan boast professional baseball leagues whose popularity and reach rival that of MLB’s: check.

Heck, even Australia can lay claim to five players in the majors. Baseball’s boom in Japan might end up being the straw that stirs the Olympic drink. Tokyo’s local organizing committee is reportedly making the case to review the status of baseball and softball for 2020. If the IOC is smart, it’ll capitalize on the sports’ local appeal and open up a potentially huge revenue stream of ticket sales and television viewership from a Japanese population that has fully embraced the diamond.