Creative economy policies are on track

Creative economy policies are on track 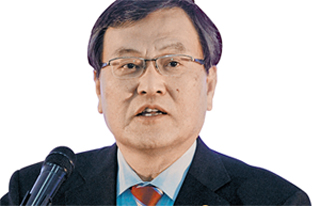 You can lead a horse to water, but you can’t make it drink. I believe every parent raising a child fully understands this saying. To give birth to a child is one thing, but to raise it as you would like is certainly another. The situation gets far more complicated when you set national policy.

As policy making involves diverse stakeholders from different backgrounds, outcomes are hardly likely to be as effective as expected, especially without the feedback and participation of those the who will be affected by the policy. This is the very reason why members of the private sector must play a leading role in the Park Geun-hye administration’s policies for a creative economy.

The U.S. government rolled out the Startup America initiative in 2011 in order to open new jobs and markets through creativity and innovation. The initiative outlines the roles of the public and private sectors, and it focuses on building an environment that maximizes the private sector’s autonomy, using measures such as improving rules and regulations.

The U.S. private sector is taking a role, too. Nonprofit foundations like the Network for Teaching Entrepreneurship and Blackstone are entrepreneurship training networks that nurture young venture leaders. Intel, IBM and other large corporations provide funds and mentoring services to start-ups. JumpStart, an incubator, is leading a project to promote innovation and entrepreneurship based on local communities.

This is not only happening in the United States. Major economies in Europe and countries like Japan and Australia are pursuing policies to achieve growth through innovation and creativity.

The Korean government, likewise, set “creative economy” as its new national strategy in the hope of overcoming the lingering low-growth trend and creating quality jobs. To this end, it proposed to push away from the old economic paradigm, the fast-follower model, and shift gears to the first-mover model to lay the groundwork for creativity.

Here is the big picture: Our peoples’ creativity and innovative power spread roots in our society, and these fresh ideas grow branches of new technologies, new industries and new markets. Our economy blossoms into a creative economy and, ultimately, bears the fruits of healthy economic fundamentals, economic prosperity and renewed growth.

This is where the government comes in. As a supporter and a facilitator, it makes sure that the temperature is right for creative and innovative ideas to develop into concrete business opportunities. Last year was the founding year of Korea’s creative economy. The government has spared no effort in building a creative economy ecosystem where people’s ideas and imaginations are translated into creative economic activities.

Institutions proved to be favorable toward this direction. Joint guarantees by third parties do not apply in nonbanking financial institutions any more, and the income tax deduction rate for angel investors went from 30 percent to 50 percent, while income and corporate taxes of second-time start-ups went down.

Based on this firmly built ecosystem, the government is encouraging both the public and private sectors to develop their capacities to the fullest extent and go on to reach their potential. By stabilizing the foundations of a creative economy, the government aims to create results and spread the ripples to the local level.

Creative Economy Town (www.creativekorea.co.kr), which opened in September, is an online platform that invites anyone to post, flesh out and market creative ideas. The website has turned out to be a great success. Since its launch, the town has received 4,950 ideas, some of which were translated into successful businesses and intellectual property.

The government plans to link the Creative Economy Town with other business support programs from different organizations, including the Korean Intellectual Property Office, the Small and Medium Business Administration, and the Ministry of Trade, Industry and Energy, to expedite commercialization of innovative ideas suggested online and to build other successful models to promote start-ups.

Since the ultimate goal of the creative economy is job creation, the government is taking a pan-governmental approach in addressing the major challenges venture companies face today, such as a joint guarantee for start-up and stock options. This will create a virtuous cycle of start-up, growth, profit and reinvestment while building a favorable environment for venture capital and start-ups. This encourages failed businesses to seize a second chance.

For instance, start-up training programs will be opened to offer young entrepreneurs the chance to work for a maximum of two years at promising start-ups (a one-year program with a possible extension of another year). It will help trainees to be fully prepared to start businesses and succeed. Other initiatives to promote start-ups are planned for the second half of this year, such as airing a start-up competition program, which is expected to spark a second start-up boom, along with the Future Creation Fund and Growth Ladder Fund created last year to support new businesses.

The Public-Private Council for Creative Economy, organized in 2013 under the leadership of the Ministry of Science, ICT and Future Planning and the heads of five major economic entities of Korea, will be expanded to include the Ministry of Strategy and Finance and seven other ministries, as well as eight economic organizations, such as the Korea Federation of Banks, the Association of High Potential Enterprises of Korea and the Korea Venture Business Association, in hopes of promoting communication and cooperation between the public and private sector in working on the creative economy. The council, led in large part by the Creative Economy Task Force, which launched on Jan. 13, is expected to identify and implement practical and detailed projects that would bring real results to citizens, thus accelerating the privately-led realization of the creative economy.

And this is not the end of the government’s to-do list for 2014. Creative economy and innovation centers, which the government sees as the main driver of regional economic innovation, will open gradually in 17 cities and provinces starting from March. The government will also form region-specific creative economy councils that will invite about 30 leading figures from local governments, businesses, academia and other relevant organizations. The government will make sure each council has a good link to the central framework and contributes to facilitating start-ups and the growth of small and medium enterprises.

The policies will connect a host of initiatives and projects that have been carried out independently by the public and private sectors, to encourage the private sector to play an active role in getting the creative economy to take firm root across the nation. With the government fulfilling its responsibilities as a catalyst for connecting diverse market players, the private sector will be able to lead the creative economy and build the equivalent of Silicon Valley in Korean, which will serve as a “cradle for innovation for promising venture and start-ups.”