Milwaukee signs Garza to beef up its rotation

Milwaukee signs Garza to beef up its rotation 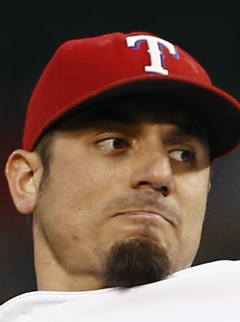 Free agent pitcher Matt Garza signed a four-year contract with Milwaukee on Sunday, strengthening the top of the rotation and boosting the Brewers’ hopes after a disappointing season. The Brewers made the announcement, saying the contract included a vesting option for the 2018 season. Earlier in the afternoon, team owner Mark Attanasio was onstage during a question-and-answer session at a fan event and said a deal was in place.

“Matt is an established top-of-the-rotation pitcher who provides our staff with experience and quality depth,” general manager Doug Melvin said.

A person familiar with the negotiations, who was not authorized to speak publicly about the contract, told the Associated Press the four-year deal was worth $50 million with an extra $1 million per year in reachable performance bonuses for a starter.

The 30-year-old righty went 10-6 with a 3.82 ERA last season for the Chicago Cubs and Texas Rangers. He missed most of the first two months while recovering from an injury that affected his side and back.

Garza will join Yovani Gallardo and Kyle Lohse as Milwaukee’s top starters. He is 67-67 with a 3.84 ERA in eight seasons with Minnesota, Tampa Bay, the Cubs and Texas.

Garza was looking forward to pitching - and hitting - back in the NL Central.

“It’s fun. I like the Central, I like pitching in the Central,” Garza said in a conference call. “I like swinging the bat in the big parks.”

The move also adds depth to the staff and puts less pressure on young pitchers such as Wily Peralta and Tyler Thornburg in the back end of the rotation.

Garza was the MVP of the 2008 AL championship series, beating Boston twice while with Tampa Bay.