Road to unification won’t be easy

Road to unification won’t be easy 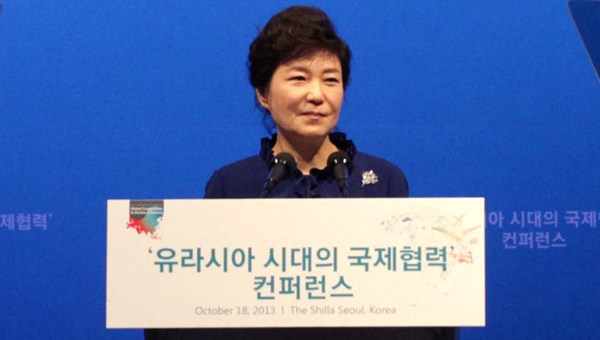 A few days ago, I went through a security checkpoint and immigration at the Beijing West Railway Station to board a train to Hong Kong. The station is the starting point of the Beijing-Kowloon railway. In order to enter Hong Kong via train, passengers must go through immigration at the station. Since the sovereignty of Hong Kong was transferred from the United Kingdom to China in 1997, it is recognized as a special administrative region that many Chinese nationals practically consider to be overseas. The Beijing-Hong Kong flight is an “international” service and international roaming charges are applied when mobile phones from China are used in Hong Kong. Traveling to a “different country,” or a special administrative region, was thrilling.

At the end of last year, President Park Geun-hye announced her Silk Road Express plan, a railway network that would connect Busan to Europe through Russia. Imagine boarding a train in Korea and sleeping through the Eurasian continent. The option of traveling from Beijing to Seoul on a train would surely be extremely convenient. The project is feasible, considering the funding, technology and the will of the related nations. But the reality is grim because of the missing piece of the puzzle - the participation of North Korea.

The North Korean regime is a variation of a Stalinist dictatorship combined with a monarchy. As a correspondent in Hong Kong and Beijing for the last four years, I have witnessed the turbulence of North Korea firsthand.

After the “king” died, the eldest son, Kim Jong-nam, who was once considered the heir, fell out of favor and disappeared from Macau with his family. The middle son rose to the throne, with the regency of his uncle. But after two years, the royal relative was purged.

A high-level diplomat from an Eastern European country that experienced a prolonged dictatorship said that North Korea is a closed nation that emphasizes nationalism, and if Kim Jong-un is shaken, a chain reaction is inevitable. “The distrust will [lead] to extremes, and everyone would be terror-stricken,” the diplomat said.

With the hope and fear of North Korea’s collapse becoming a real possibility, dark clouds are gathering in the new year. The journey to unification will involve desperate diplomatic games with powerful neighbors. If we cannot project confidence that a unified Korea is a balanced and trustworthy partner, reunification will be a long shot. Sophisticated domestic politics that overcome extreme ideological discord and accomplish mature social integration will be the starting point of unification diplomacy.