Feb. 7 to 9: The New Age pianist Yiruma will perform in Seoul next month on the final stop of his national tour for “Blind Film,” his eighth album. Yiruma began his national tour in October and has played in 30 cities around the country. 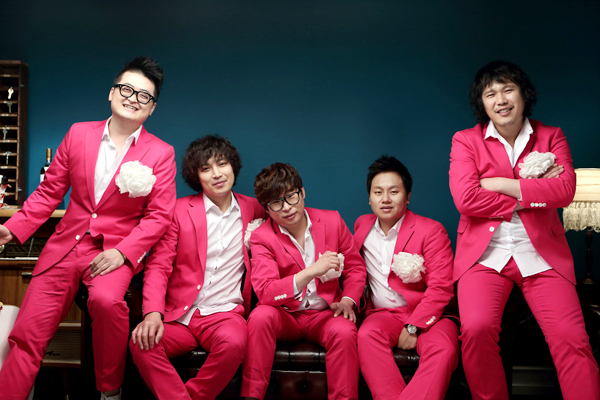 Feb. 14 to 15: The Korean indie band is back with a Valentine’s Day concert. Rose Motel, which gained fame through the reality TV show “Top Band 2,” will once again perform their risque-tinged music.

Feb. 15 and 16: K-pop group B1A4 is holding their third concert tour in time for the release of their new album, “Who Am I.” During the two shows, B1A4 will perform an array of hit songs, ranging from “What’s Happening?” to their latest single, “Lonely.”

Feb. 19: Canadian pop star Avril Lavigne is coming back to Seoul for the first time in three years, as part of her tour of Asia.

It’s Lavigne’s sixth visit to Korea, and this time she’ll be presenting songs from her fifth, self-titled album. The record includes the singer’s new hits, “Here’s to Never Growing Up” and “Rock’n’Roll.”

Feb. 22: The classical crossover group Il Divo, famous for their versions of songs from musicals, like “Bring Him Home” from “Les Miserables” and “Music of the Night” from “The Phantom of the Opera,” is coming to Korea. The “popera” group is composed of tenors David Miller and Urs Buhler, baritone Carlos Marin and French pop singer Sebastien Izambard. 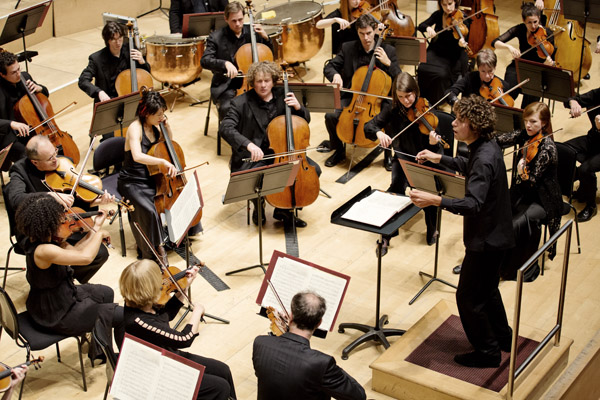 Feb. 22 and 23: Brown Eyed Soul, the four-man R&B group, will hold a concert to commemorate its 10th anniversary. Earlier this month the group released its first new music in three years, an EP titled “Always Be There.”


THE SOUND OF MUSIC

To Sunday: The stage version of the “Sound of Music” will be performed by Korean actors and actresses. The story is already famous thanks to the 1965 movie starring Julie Andrews and Christopher Plummer. Singer So-hyang is one of the musical’s three Marias.

Feb. 3 to 11: “Notre Dame de Paris” is back for eight more shows at a new location. The encore show will have the same stellar cast, including diva Bada. The musical tells the story of the hunchback who lives in Paris’s most famous cathedral, Quasimodo, and the woman he loves, the gypsy Esmeralda.

To Feb. 23: This musical version of “Carmen” is not based on the famous opera by Georges Bizet, and only slightly on the original novella by Prosper Merimee. With music by Frank Wildhorn, lyrics by Jack Murphy and Norman Allen, and direction by Gabriel Barre, the musical “Carmen” made its debut in 2008 in Prague.


THE MOON EMBRACING THE SUN

To Feb. 23: Musical makeovers of dramas seem to be the trend these days. MBC’s popular drama “The Moon Embracing the Sun,” which ended in 2012, is presented as a musical for the second time. The drama, set in the Joseon Dynasty (1392-1910), was a big hit and gained much attention. The musical also grabbed the spotlight for its cast, which includes Seo-hyun of Girls’ Generation, Kyu-hyun of Super Junior and musical actor Kim Da-hyun. Because the story is already quite familiar to Korean audiences, the musical focuses more on the sets, clothing, lighting and choreography.

To Feb. 28: A Korean production of the musical “Wicked” is being presented in Korea for the first time. Adapted from the best-selling novel, “Wicked: The Life and Times of the Wicked Witch of the West,” by Gregory Maguire, the musical is an alterative view of L. Frank Baum’s famous story “The Wizard of Oz.” 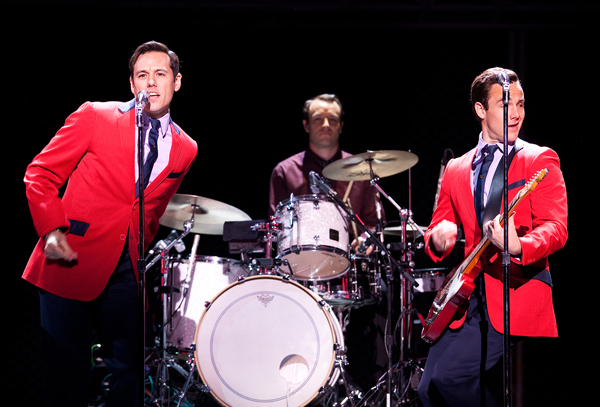 To March 23: The original production of the musical “Jersey Boys” is coming to Korea for the first time, with music by Bob Gaudio, lyrics by Bob Crewe. Based on the book by Marshall Brickman and Rick Elice, the musical is presented in a documentary-style format, telling the story of the 1960s rock’n’roll group The Four Seasons. Famous songs from the musical include “Big Girls Don’t Cry,” “Sherry,” “Can’t Take My Eyes Off You” and “Oh, What a Night.”

From March 6 to 9: Belgian film director Jaco Van Dormael and choreographer Michele Anne De Mey depict an old woman’s memories, looking back on her life’s loves through dancing fingers projected on a huge screen on the stage. Despite the simplicity of the giant hands, Kiss and Cry is a story full of nuance and wistfulness, in a unique combination of media.

Feb. 14 to 16: The Korean traditional musical storytelling genre pansori will be performed in Chungmu Art Hall. Musical numbers include the nation’s most famous folktale, “The Tale of Chun-hyang.”

From March 20 to May 11: Based on celebrated novel by Lee Cheong-jun, “Seopyeonje” tells of pansori (Korean traditional music) singers in the aftermath of the 1950-53 Korean War. The musical, filled with sorrow and regret, has added a touch of contemporary pop to the original pansori numbers to appeal to today’s audiences.