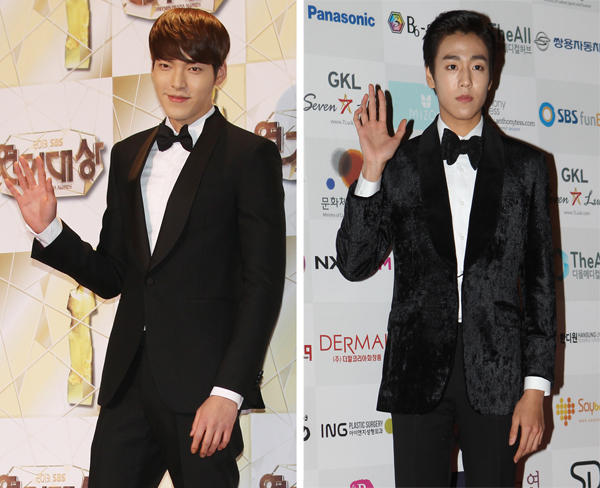 Korean actors Kim Woo-bin from the SBS drama “The Heirs” and Lee Hyun-woo from the film “Secretly, Greatly” have confirmed they will be starring in the new heist movie “The Technicians,” according to the production company Trinity Entertainment on Tuesday.

Kim, who has emerged as one of the hottest young actors thanks to his charming yet rebellious role on “The Heirs,” is going to play a safecracker.

The 20-year-old Lee, who has been acting for a decade but leapt to a new level of stardom with “Secretly, Greatly,” will play a genius computer hacker.

Directed by Kim Hong-sun, who won the rookie director award at the 33rd Blue Dragon Film Awards for his film “The Traffickers” in 2012, will start filming “Technicians” in March, aiming for a theatrical release later in 2014.

The film also will feature Go Chang-suk of “Tabloid Truth” and Ji Seung-hyun of “Friend 2.”