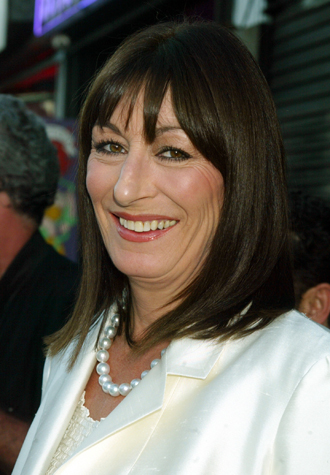 Anjelica Huston talks about growing up with a famous filmmaking father in “A Story Lately Told.” [REUTERS/NEWS1]

NEW YORK - Some fathers are in the delivery room when their children are born and some pace outside, but actress Anjelica Huston’s dad learned of his daughter’s birth by telegram in the Belgian Congo where he was filming “The African Queen.”

That circumstance foreshadows an extraordinary childhood with an often absent father that Huston, who won the best supporting actress Academy Award in 1986 for “Prizzi’s Honor” - a film directed by her father, shares in her memoir, “A Story Lately Told: Coming of Age in Ireland, London, and New York.”

If a storytelling gene exists, Huston, 62, inherited one from her father, the Oscar-winning director John Huston, and another from her mother, the ballet dancer Enrica Soma, who nurtured in her children a love of books and a gift for observation.

Huston spoke to Reuters about her childhood, growing up in a rambling 18th-century estate in Ireland that her father had purchased, and writing her memoir by hand.

Q. In your memoir you quote an excerpt from one of your mother’s letters. “The sky has blazed blue, the remaining few Beech leaves are brazen against the sky,” she writes to your father. She was a wonderful writer.

A. Yes, her language is so beautiful - and so unusual. It’s incredibly reminiscent of her. That’s why it was such a pleasure to be around her and have her point things out to us.

Her exceptional gift for language seems to have influenced you.

I certainly hope so. I think it came from both of my parents, my mother and also my father, who wrote on every screenplay that he directed. He was tremendously aware of language and a very literate person. My mother, though, was there much, much more during my childhood than my father. She nurtured me and my love of literature and books and poetry. She had a great sense of humor and made great selections. She really formed the way that I think and respond to things?.?.?.?She was always telling us, “Look at this. Look at that.” Life was a big feast for her and she really enjoyed it.

What were some of the books you read as a young girl?

“Old Possum’s Book of Practical Cats” was huge. “Grimm’s Fairy Tales,” “Orlando [The Marmalade Cat],” the Madeline books, the Tolkien books, though I never responded to “The Hobbit.” I was a Louisa May Alcott girl: “Little Women,” “Little Men,” “Jo’s Boys,” “An Old Fashioned Girl.” Also, Frances Hodgson Burnett’s “The Secret Garden.” I loved those Gothic romances. My mother gave me the French writer Colette when I was 13. “The Vagabond,” “Cherie,” those were my coming-of-age books. That was a rare and wonderful thing.

It was interesting to read how your parents restored the estate in St. Clerans (in Craughwell, County Galway) and the care your mother took designing its interior. Given her own theatrical experience as a dancer in the New York City Ballet, it almost seems as if she was designing a stage set.

What’s slightly extraordinary in retrospect was her deep understanding of period, of color, of contrast. How did she know how to do all of that? I don’t know because she didn’t have any training in that area. She made the most beautiful house for my father. It was a set, but it was more than that. The house was really comfortable and luxurious. 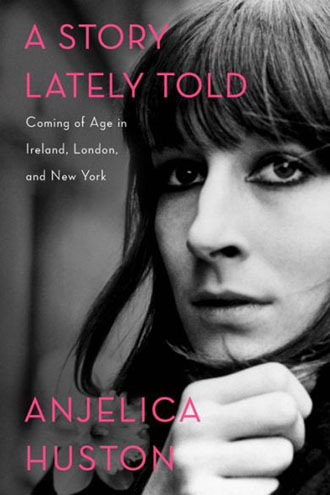 
You wrote your memoir in longhand. Why?

There’s something about the brain-to-hand connection that really works for me. The amount of time it takes for a thought to transfer to my hand is good timing. The brain-to-hand thing is a little bit of a dance. It works. It’s rhythmic and it flows.

How did you deal with your father’s long work schedule?

We hated it when he left. I remember my brother and I dreading when that awful day would come. Usually it was around Christmas because that’s when we’d see him. If we were lucky - and he’d finished the movie he was directing - we’d get a glimpse of him in the summer. But when he left after coming home for Christmas, it was connected to the sadness of Christmas being over. I remember us clinging to his legs as he made his way to the car which would take off down the driveway and we would hear that gravel crunch. It was really upsetting. We hated it. And you’d be in a funk for a day .?.?. His absence made it seem as if the shine had gone off the silver.

You recount that Peter O’Toole visited your home when you were a child. You recently met him again. Now that he has died, what do you remember most about him?

The remarkable vulnerability of those blue eyes, the soul of a poet and one of the most beautiful voices in the English language.