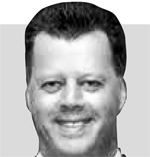 In 1986, when the space shuttle Challenger exploded 73 seconds after takeoff, investors immediately dumped the stock of manufacturer Morton Thiokol, which made the O-rings that were eventually blamed for the disaster. With extraordinary wisdom, the global market had quickly rendered a verdict on what happened and why.

Economists often remind us that markets, by pooling information from diverse sources, do a wonderful job of valuing companies, ideas and inventions. So what does the market think about economic theory itself? The answer ought to be rather disconcerting.

Blogger Noah Smith recently did an informal survey to find out if financial firms actually use the “dynamic stochastic general equilibrium” models that encapsulate the dominant thinking about how the economy works. The result? Some do pay a little attention because they want to predict the actions of central banks that use the models. In their investing, however, very few Wall Street firms find the DSGE models useful.

I heard pretty much the same story in recent meetings with 15 or so leaders of large London investment firms. None thought that the DSGE models offered insight into the workings of the economy.

This should come as no surprise to anyone who has looked closely at the models. Can an economy of hundreds of millions of individuals and tens of thousands of different firms be distilled into just one household and one firm, which rationally optimize their risk-adjusted discounted expected returns over an infinite future? There is no empirical support for the idea. Indeed, research suggests that the models perform very poorly.

Economists may object that the field has moved on, using more sophisticated models that include more players with heterogeneous behaviors. This is a feint. It isn’t true of the vast majority of research.

Why does the profession want so desperately to hang on to the models? I see two possibilities. Maybe they do capture some deep understanding about how the economy works, an “if, then” relationship so hard to grasp that the world’s financial firms with their smart people and vast resources haven’t yet been able to figure out how to profit from it. I suppose that is conceivable.

More likely, economists find the models useful not in explaining reality, but in telling nice stories that fit with established traditions and fulfill the crucial goal of getting their work published in leading academic journals. With mathematical rigor, the models ensure that the stories follow certain cherished rules. Individual behavior, for example, must be the result of optimizing calculation, and all events must eventually converge toward a benign equilibrium in which all markets clear.

A creative economist colleague of mine told me that his papers have often been rejected from leading journals not for being implausible or for conflicting with the data, but with a simple comment: “This is not an equilibrium model.”

Knowledge really is power. I know of at least one financial firm in London that has a team of meteorologists running a bank of supercomputers to gain a small edge over others in identifying emerging weather patterns. Their models help them make good profits in the commodities markets. If economists’ DSGE models offered any insight into how economies work, they would be used in the same way. That they are not speaks volumes.

Markets, of course, aren’t always wise. They do make mistakes. Maybe we’ll find out a few years from now that the macroeconomists really do know better than all the smart people with “skin in the game.” I wouldn’t bet on it.