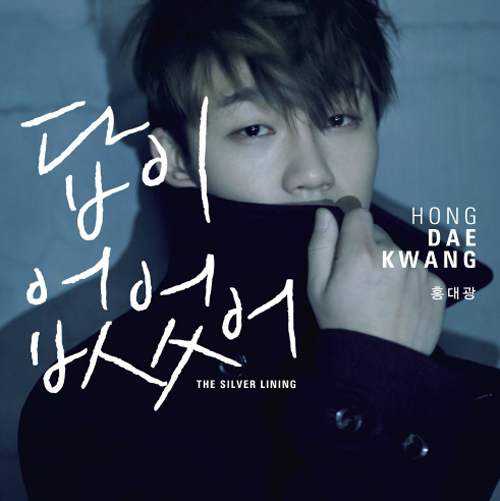 The bespectacled busker from the audition television program “Superstar K” has taken off his glasses and has simultaneously removed his insecurities. But on his new album “Silver Lining,” the 29-year-old Hong Dae-kwang seems to hint that he has grown up from his experiences. He no longer cries for his old love, but unfolds his honest feelings in a more mature voice in the new lead-off single “No Answer.”

His new EP is comprised of four tracks, each of which hints a sense of optimism, notwithstanding the disappointments from his past. And Hong marks a successful start as a singer-songwriter with the fourth track “Twenty-five.”

The upbeat melodies of the songs contrast with his forlorn words, adding ironic sorrow to the tracks. Last year, he had a turning point by taking part in commemorative concerts for the late folk singer Kim Kwang-seok.

Many fans expect Hong to follow Kim’s legacy as an artist, and this album does seem to be his first step on that journey.