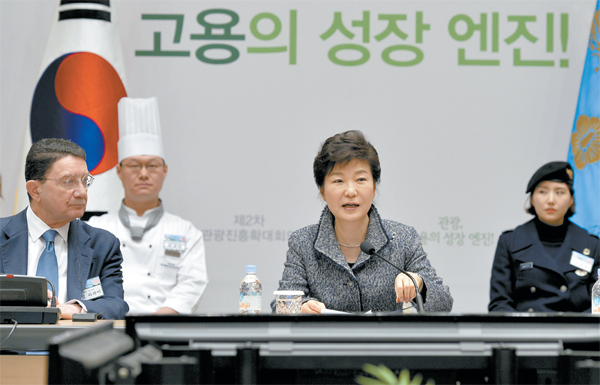 The Ministry of Agriculture, Food and Rural Affairs has set a goal of having hansik, or Korean cuisine, recognized by Unesco as an Intangible Cultural Heritage of Humanity, which the ministry believes could spread Korean food culture across the globe.

Kimjang, the act of making and sharing kimchi, was added to Unesco’s list last December.

When it comes to food, Unesco’s roster already has a number of entries including Japan’s washoku cuisine, traditional Mexican cuisine, gingerbread craft from Croatia and Georgian wine making.

The ministry will also launch an effort to research cuisine by region and type and to unify both the recipes and names. It said four hansik lectures being offered at world-renowned cooking schools overseas will double to eight by 2017 under the ministry’s plan.

The hansik globalization drive was initiated in 2009 by the Lee Myung-bak administration. But Korea’s Board of Audit and Inspection found last June that 24 percent of the jaw-dropping 93.1 billion won ($85.8 million) budget for the project was “misused.”

Meanwhile, President Park Geun-hye stressed the importance of resuscitating domestic tourism by creating demand through improved tourism products, services and facilities in a meeting yesterday to promote tourism. Koreans tend to automatically go overseas for their vacations when compared to people from countries with advanced tourism industries, the president said.

“Even though overseas trips are on the rise, the entire volume of local tourism has shown meager changes,” she said. “One reason for local tourism not being active is it fails to live up to the ever-rising standards of Koreans. Another is tourism products that don’t manage to demonstrate the unique feature of different regions.”

The president encouraged some 180 tourism-related officials and entrepreneurs in attendance to generate demand for local tourism by taking advantage of the new “alternative holiday system” and also the new policy of giving out a 200,000 won monthly allowance to employees of small and midsize companies to better enjoy their days off.

Half of the 200,000 won will come from the government, with the rest from individual corporation’s coffers.

The government yesterday vowed to achieve a domestic travel market worth 30 trillion won by 2017, up 25 percent from 24 trillion won as of the end of 2012.