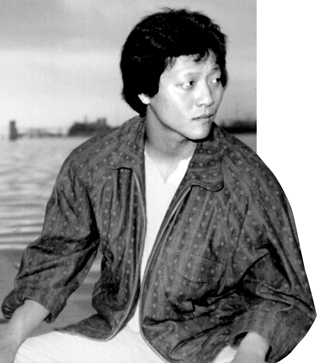 The iconic album “Because I Love You,” the one-and-only record made by Yoo Jae-ha before his death in a car accident in 1987, has been re-released on high-quality LP 26 years after the great singer’s death.

Although Yoo was not widely recognized by the music industry before he died at 25 years old, the album is considered one of the most important Korean records ever released because of its reach and inspiration to younger musicians. Yoo, a classically trained musician, wrote for megastars of the day such as Cho Yong-pil, Kim Hyun-sik and Lee Moon-sae. After his death he was greatly influential to many more, including Shin Seung-hoon and Yoo Hee-yeol.

The album, which originally featured nine songs (plus a propaganda song, which was a requirement at the time), is back with the addition of a 10th song, a cover of Don McLean’s “Vincent.” Only 1,000 copies of the LP were made in this limited edition re-release.

At a listening party for the LP re-release last month, the remastered quality of the album was clear. It sounded much cleaner than the scratchy sounds from the CD edition. And, remastered at the right speed, many songs are noticeably faster, such as “Empty Tonight” and “Our Love,” which have been cut by 20 seconds each. Some of the other songs are around five seconds shorter.

“We have fixed the sluggish sound that came from the transfer to CD,” said manager Choi Woo-suk of C&L Music.

Playing at the correct speed, the songs seem more cheerful than before. In addition, the sounds of the instruments are now much clearer. For example, in “Past Days” one can better make out the sound of a xylophone in the middle. 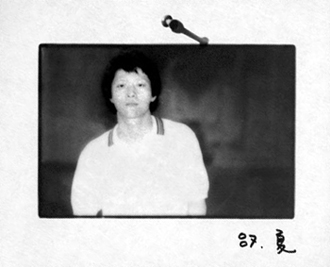 The bonus track, “Vincent,” was never released to the public until last month. Yoo covered the McLean song while playing the guitar, and he recorded it at home on a simple device.

“It is a gift to Yoo’s fans who have loved him a long time since his death,” said Yoo’s family in a statement.

The song is a simple recording, with a lot of interference and hissing, but the singer’s family decided to release it anyway.

The restoration process started last summer when C&L received the original master tape of Yoo’s album from his family. The company was determined to restore Yoo’s original voice to make the vocals sound more vivid than they do in the original recording from 1987.

The company removed noises that had built up on the original tape before transferring the sound to digital. It then requested Emil Berliner Studios in Germany to sharpen the remastered recording for a further clean up of the audio.

The released version of the LP weighs 180 grams, or about 6.3 ounces, which is significantly heavier than the original LP, to ensure the long-term strength of the release.

“Yoo Jae-ha was an artist who not only composed songs and wrote lyrics but also arranged music to make himself fully independent,” said music critic Lim Jin-mo.

“Hearing the original sound of his music is meaningful because that album changed the local music scene and started Korea’s own pop ballad trend.”

The new LP will feature a portrait of Yoo that was previously used on the CD edition. The image was originally a part of a concert organized to commemorate Yoo’s death three months after his passing. The artist Do Ho Suh, who knew Yoo since elementary school, painted the portrait.