Iconic activist casts light on simpler life in ‘Another Way’

Iconic activist casts light on simpler life in ‘Another Way’ 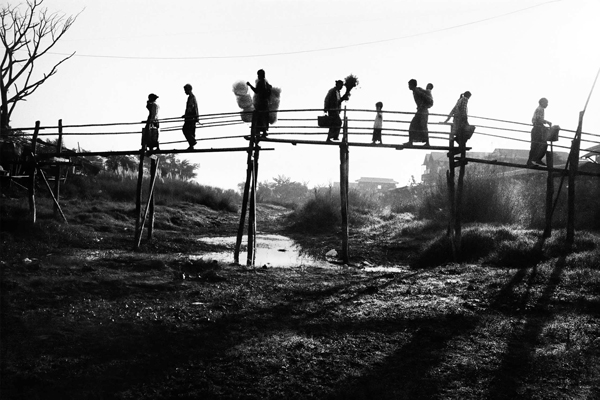 “Singing Bridge,” taken by Park No-hae in Burma in 2011. The bridge stands over a lake and the villagers rebuild it every year. Provided by Nanummunhwa foundation

Poet and photographer Park No-hae returned from a three-year trip to some of the most remote tribal villages in Asia with thousands of stark yet warm black-and-white photographs.

About 120 of the images from his travels to Indonesia, Pakistan, Laos, Burma, India and Tibet are part of the “Another Way” exhibit at the Sejong Center for the Performing Arts in central Seoul. 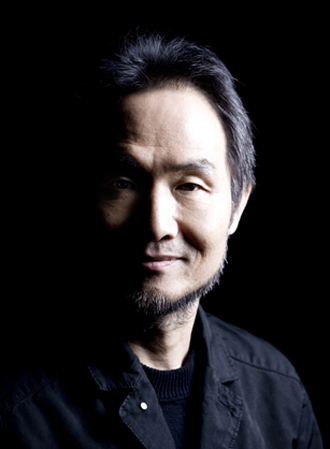 “I despaired in the most honest way and let myself get expelled from society. All I had was a fountain pen and an old camera in my hands, and I walked toward the highest, the deepest and the oldest villages and people. These photos here are a vivid recollection of finding hopes in the most hopeless situations.”

Park was an activist during the 1980s when Korea was under the military rule. He became a symbolic protest figure after he published his first poem “Dawn of Labor,” in 1984, which sold more than one million copies. However, he received a life sentence in 1991 for alleged “antistate” activities such as leading a socialist workers’ league called Sanomaeng. After seven years of imprisonment, Park was given a pardon by the Kim Dae-jung administration.

But when he was freed, he vowed to “not live the present by selling the past,” and dropped out of the political scene. For the next 15 years, he wandered around the world, meeting people and finding inspiration from them.

Most of the places he stayed during his journey are not recorded on any map. The people he met seemed to have “disappeared” from the real world, but Park says they are the “essence which feeds humankind.” They don’t worry about being noticed for how much soil they cultivate, but just live each day to the fullest. Park sees them as the “front-runners of life,” being able to be satisfied with what they have.

The message Park is sending in “Another Way” is “return to the roots.” He says that while the world has become a richer and more convenient place to live, people have become poorer in their minds, only chasing after materialistic goods. 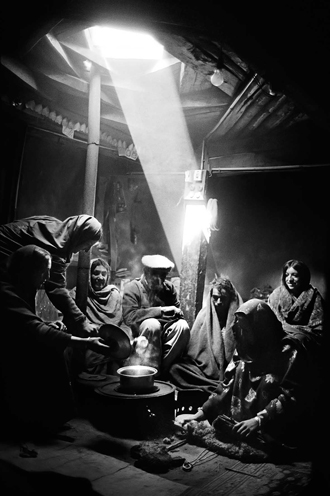 “Waiting for the Chai Tea to Boil,” taken by Park No-hae in Pakistan in 2011. It is a representative photo showing how a black-and-white image can create a lighting effect. Provided by Nanummunhwa foundation

“Although people have become the most knowledgeable in the history of humankind, they still agonize over how to lead their lives,” said Park. “If one can find the intrinsic desire lying beneath our minds, ‘another way’ shall open before us.”

Park said he used black-and-white photos in the exhibit to maximize the effect of backlighting and the constraints of light. By removing the vibrant colors, even the most ordinary or even shabby sides of life look holy. In “Waiting for the Chai Tea to Boil,” what looks like a light pillar penetrates between a handful of people gathered in front of a heater to warm their cold bodies in the Pakistani village of Barsat, evoking a sacred meaning to their simple lives.

The remaining images can be found in a book of photo essays that has the same title as the exhibit. Poems, essays and captions describe the history, culture, people and sentiments of the places in the pictures.

“What had been my weakest point, such as growing up in poverty, or being an orphan at an early age, became my biggest resource there,” said Park. “I could embrace the sadness and wounds the local people had.”