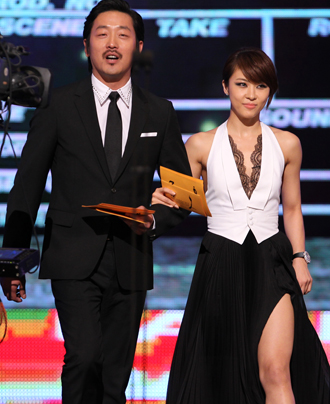 Actor Ha Jung-woo and actress Ha Ji-won are set to play a married couple in coming film “Chronicle of a Blood Merchant,” based on Chinese author Yu Hua’s 1995 novel about a man who sells his own blood to make money for his family.

In addition to taking a leading role, Ha Jung-woo will direct the film - it is his second time in the director’s chair following the comedy “Fasten Your Seatbelt” (2013).

“I’ve always wanted to act with Ha Ji-won, since I think she’s one of the most gifted actresses of our time,” said Ha Jung-woo.

Ha went to Hawaii in November to work on adapting Yu’s novel to contemporary Korea.