A nicer Hwa-young, ready to act

A nicer Hwa-young, ready to act 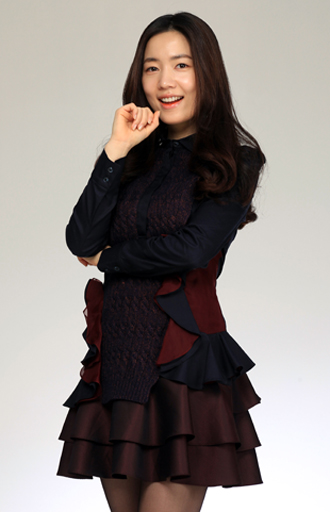 Ryu Hwa-young may have been pushed out of the girl group T-ara in 2012 - just two years after joining them - but she said she is now looking forward to focusing on her acting career instead.

Ryu was at the center of many rumors during the high-profile split, most alleging that she had been bullied by the other members of the popular group. She said it took about a year and a half for the rumors about her and T-ara to die down and that she’s now ready to move on.

“The past year has been the turning point for me so that I can get ready for a new life,” Ryu said in an interview with Ilgan Sports, an affiliate of the Korea JoongAng Daily.

Q. Do you have any acting roles you are ready to announce?

A. Not yet. I have been auditioning for parts, but it isn’t easy. Whenever I do auditions, I feel that many [people] still have stereotypes about me as a singer turned actress.

Why are you trying to be an actress?

My original dream was to become an actress, so I chose to study theater and film instead of music in college. I have received offers from music-related agencies, but I rejected them all because I want to act. That’s why I signed with my current agency, which only manages actors.

Is there any role you want to play?

I have enjoyed watching “My Love From the Star” recently. The character played by actress Jun Ji-hyun is very attractive, and I would like to do something like that. I like characters that have a distinct personality. If I ever have a chance, I would like to play a tragic lead. Also, I want to work with my twin sister.

Does this mean that you are not going to sing at all?

I’m not saying never. But as I have just stepped into the world of acting and because I have longed to become an actress, I want to focus on acting. I won’t even date until I’m stabilized as an actress.

Do you still keep in touch with the members of T-ara?

Not yet. But as they are active and now I am too, we might run into each other at a studio. When that day comes, I want to say “How are you? Let’s cheer up.” And, after more time has passed, maybe I’ll be able to say “We were so young back then” with a smile. Some time later, I would like to have a drink with them as well.

What do you regret most from being in the group?

Being a T-ara member was a priceless experience. I just regret that I expected others to cater to me as I was younger. I should have been nicer.

What happened back then?

It was true that we weren’t friendly. But I’m sure many other groups have gone through similar experiences. We had misunderstandings and disputes. So much time has passed, I don’t even remember what rumors were out there. I think I’ve become more mature.