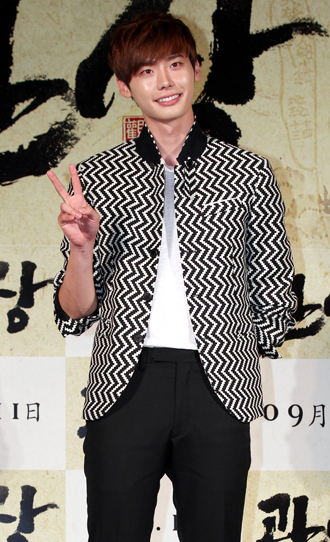 Actor Lee Jong-suk confirmed yesterday that he will be appearing on the new SBS drama “Doctor Stranger” (tentative title), according to his agency Wellmade Entertainment.

The program, which will air Monday and Tuesday evenings, is about Park Hun, an intelligent doctor who came from North Korea, but who gets shunned because of his background.

“I am very happy to play such a charming character like Park Hun,” said Lee. “As he is a surgeon in the story, I am putting a lot of effort in it. I plan to shown a mature side.”

Lee rose to stardom through his starring role in the 2013 SBS drama “I Hear Your Voice,” playing a student who can read other people’s minds. That year he also appeared in the films “Face Reader” (2013) and “No Breathing” (2013), and is now starring in “Hot Young Bloods” with actress Park Bo-young.

“Doctor Stranger” is scheduled to begin in April. It is produced by Jin Hyuk, who also made “Master’s Sun” last year and the 2011 hit “City Hunter.”