Opposition parties in Japan too weak

Opposition parties in Japan too weak 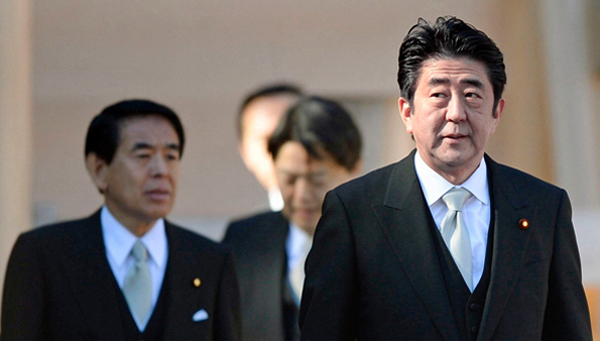 I recently overheard a conversation in Japan between two patients in the waiting room of a doctor’s office in my neighborhood. “You know the new player, Oh Seung-hwan, who joined the Hanshin Tigers? I am not so pleased with the country he is from. It was too rash to give him the No. 22, which was worn by former closing pitcher Kyuji Fujikawa.”

They sounded like avid baseball fans, and one of them said, “Even if he is good, how good can he be? After all, he is from that country.” Even when the other person praised Oh’s powerful pitching and called him “the best,” he still seemed upset that Oh was from South Korea.

He may have had a grudge against Korea or was a rightist to the core. Or he may have been influenced by the aggravated relationship between the two countries. It is now common to witness widespread anti-Korean sentiment as Japanese Prime Minister Shinzo Abe continues to make provocative moves. The problem is that Abe’s Japan is likely to continue for a while. It is not easy for the opposition to counter Abe and the Liberal Democrats, as proven last week by the opposition parties themselves in Japan.

On Jan. 31, Katsuto Momii, the new chairman of broadcaster NHK, appeared at the Japanese Diet plenary session. At the inauguration conference, he shocked Japan by claiming that comfort women existed in all nations at war. Of all the Japanese leaders I have encountered during my career as a Tokyo correspondent, he is one of the clumsiest. He was too eager to keep up with Abe’s tendencies and made shameless remarks on his first day at NHK. However, Democratic Party member Kazuhiro Haraguchi, who questioned Momii, missed the point. He said he would not ask about the comfort women remark because it was Momii’s personal view. This isn’t surprising because Haraguchi said that he was part of a lawmakers’ group that visits the Yasukuni Shrine. The Democratic Party has mixed values and ideologies.

Now, let’s look at two other remarks by Japanese political leaders. Can you guess which one came from an opposition leader?

“I would like to have deeper conversations with Prime Minister Abe. The collective right to self-defense and constitutional revision are issues that we cannot avoid.”

“Let’s have an open-minded discussion on the constitutional revision and the collective right to self-defense.”

Actually, both remarks were made by opposition leaders. Considering the lethargic attitude of the opposition parties in Japan, it is understandable why Abe belittles them frequently and gets to sway the country however he wants.