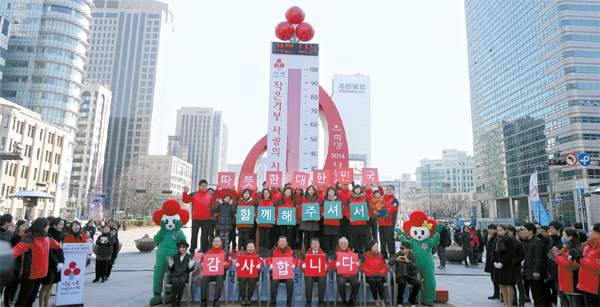 Officials of the Community Chest of Korea celebrate yesterday in front of an index at Gwanghwamun Plaza in central Seoul that shows the results of their fund-raising efforts. The charity announced it had raised 566.7 billion won ($530 million), the most since its drives began in 1999. [NEWSIS]