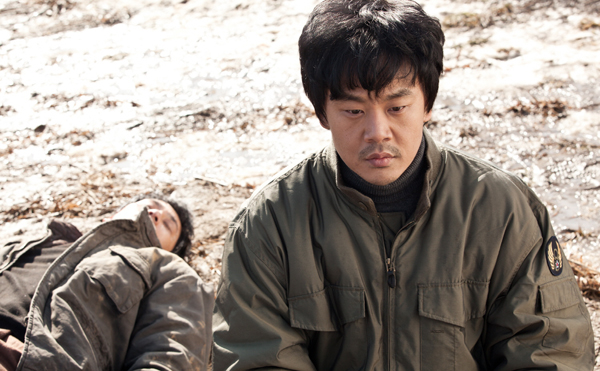 South Korean cinema has long been fascinated with life above the 38th parallel. Last year was no exception, as countless North Korean spy tales saturated the box office.

Religion, on the other hand, is a less popular topic with producers.

In a risky move for a young filmmaker, Kim Jin-moo tackles both of these issues at once in “The Apostle: He Was Anointed by God.”

The symbolic “Apostle” in this story, Chul-ho, is played by Kim In-kwon, best known for his comic roles, such as “Almost Che” (2012) and “Born to Sing” (2013). Casting Kim was yet another bold move for the film.

After a stint in a North Korean prison where he saw his wife martyred, Chul-ho claims that God told him to lead his flock to the South.

Townspeople are unsure whether they can trust Chul-ho, as he denounced his religion to stay alive.

As the plan fortifies and tension brews, it’s unclear whether faith or desertion will win out.

“When I read the script, I wanted to look the other way,” said Kim In-kwon. “It was deep, heavy, and I wondered whether there was a point in telling the tale of those North of the DMZ, especially a tale that is so sad.” 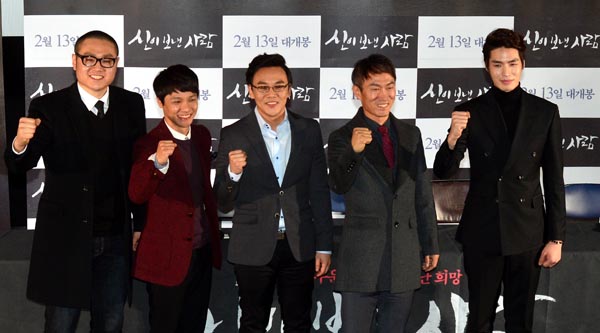 As a churchgoer himself, Kim In-kwon said the plot wasn’t exactly an uplifting Christian film that would motivate his fellow believers.

After a sleepless night, he met with the director, and that’s when he changed his mind.

“I realized how much effort he put into it,” said the actor, noting the director spent a year researching and talking to defectors, activist groups and members of underground church movements. “All things considered, I decided to say yes.”

This was a spot of good luck because the director said there was no one better to portray “the dilemmas, troubles and pain communally suffered by the interview subjects.”

“He has this comical image, but he does have a background in serious roles and I thought he had the talent,” said Kim Jin-moo.

“Plus, Kim In-kwon looks like a North Korean,” he joked.

And while the overarching theme is the plight of Christians in the Communist state, Kim Jin-moo said that the film united both the religious and politically oriented.

“Most staff members on this project were either Christians or North Korean activists,” he said. “Some had socialist tendencies while others were conservative. It just goes to show that the issues presented in the movie do affect every member of society.”

And if those two themes fail to grip, Kim Jin-moo said that the story was essentially about how the world, or rather, South Koreans, view their Northern counterparts.

“A lot of people ask how factual it is, but I think, rather than that question, people should take note of the film’s interpretation in tackling the matter,” said the director.

Kim Jin-moo said that he wanted to do away with the sentimental, surrealistic approach so far undertaken by South Korean filmmakers, “which a lot of activist groups get annoyed by.

“They complain that South Korean films make it look like it’s taking place in a foreign land, far, far away,” said Kim. “I tried to do away with that.”

And because of that dose of reality, the director said he was well aware that the film may not be everyone’s cup of tea.

Hong Kyun-in, who plays the role of Woo-jin, the best friend of Chul-ho and a man with a family waiting for him in the South, said he wasn’t expecting the film to have a blockbuster following.

“But even if people talk about it after, I think that would be a kind of success,” Hong said.

“Just as there are movies that entertain, there should be films that depict real life,” said the director. “People may find it disturbing, but I think those who witnessed the horror are often the ones that can lead the change.”