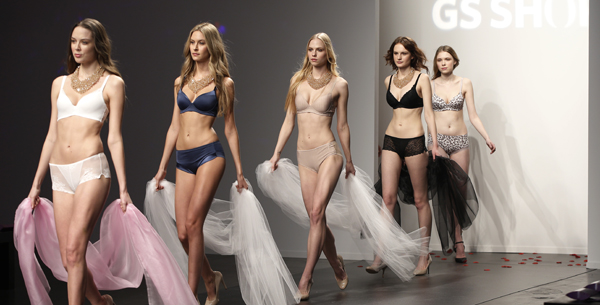 Models walk the runway during a run-through before the GS Shop Lingerie show at Fashion Week on Tuesday in New York.

In white, black and neutral tones, some of the models wore one-piece peekaboo Spanx that showed off their legendary lifting Wonderbras, while others sported animal prints, lacy pinks and blues. A few flaunted Playboy Bunny-like black bowties.