You made your bed, now go and lie in it

You made your bed, now go and lie in it 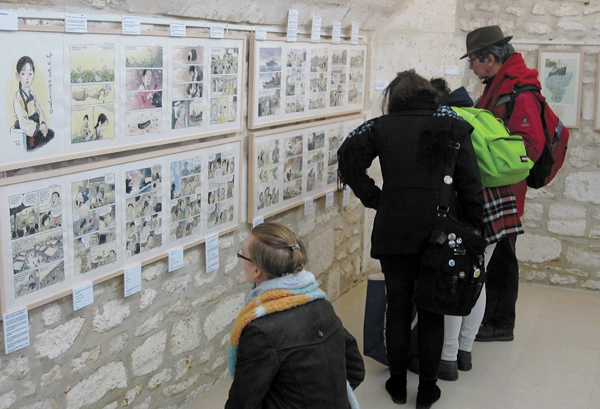 Korea’s exhibition featuring the plight of women who were forced into sexual enslavement by the Japanese military during World War II ended successfully on Feb. 2 at France’s Angouleme International Comics Festival. About 16,000 Europeans expressed their sympathy and rage after watching an animation that revealed Japan’s cruelty. It was also an opportunity to let the public see the true face of Japan’s ultra-rightists, who brazenly denied their history of sexual enslavement.

Japan made systemic efforts to disturb the exhibition. It occupied a booth with a banner that read, “Comfort women do not exist,” which was forcibly removed by the festival organizer. French journalist Laurent Melikian notified the organizer about the incident.

Tony Marano, an American who has demonstrated pro-Japan and anti-Korean sentiments, recorded the incident and posted the video footage on his website. He has a history of insulting the statue in Glendale, California, that honors the sexual-slavery victims, and has asked the city to remove it.

In the video footage, Nicolas Finet, the editorial manager and Asia coordinator of the comics festival, removed the banner and confiscated booklets from the Japanese booth. Then, Japanese representatives held a press conference at the empty booth.

When Finet appeared, he confiscated the microphone and stopped the event. The two sides exchanged harsh words and an altercation erupted. When the Japanese asked whether Finet was someone who was hired by the Korean government, he shook his head and called the police.

Japan’s efforts to disturb the event continued throughout the festival. They labeled Finet an “enemy of Japanese animation” and a “terror suspect.” In a cartoon, he was depicted as a devil with sharp fangs, shouting “Shut up! I am the law!” toward Japanese people. They even posted a YouTube video that revealed personal information about Finet.

The Korean organizer for the event reacted calmly to the absurd acts. They canceled the press conference to denounce Japan’s action at the request of the festival organizer, who didn’t want to further provoke Japan’s ultra-rightists.

In its reporting about the continued controversy surrounding Japan’s sexual slavery, the French newspaper Le Monde cited derogatory remarks about “comfort women” from new NHK Chairman Katsuto Momii as one of the reasons for the ongoing conflict. Another French newspaper, Liberation, also featured the issue in detail.

Despite Japan’s intention to disturb Korea’s exhibition, the public turned its back to them. It is a classic example of “As you make your bed, so you must lie in it.”