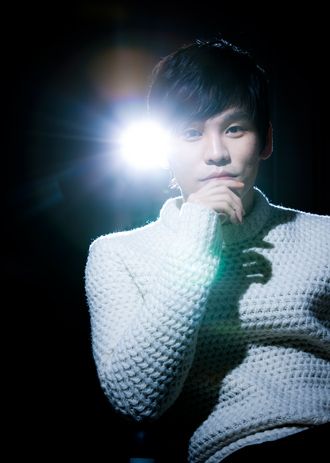 Thirty-two-year-old musical actor Hong Kwang-ho will make his debut at the Prince Edward Theater in London this May, in Claude-Michel Schonberg and Alain Boublil’s original production of the Vietnam War era musical “Miss Saigon.”

The production team announced that Hong will play Thuy, the Vietnamese antagonist who has been betrothed to a young barmaid named Kim since childhood.

Hong being cast in the legendary musical has caught the attention of many industry experts and fans, especially since this is the 25th anniversary of “Miss Saigon.”

In November, Cameron Mackintosh, the renowned British producer of the original “Miss Saigon” musical, who is also responsible for “Cats,” “Les Miserables” and “The Phantom of the Opera,” asked KMCI, the team behind the Korean version of “Miss Saigon,” to recommend an actor for the role of Thuy.

To find the right characters for the 25th anniversary restaging, Mackintosh spent more than a year searching around the world.

There wasn’t much time for Hong to prepare for an audition, so he asked for assistance from Kim Mun-jeong, who directed the Korean production of the musical as well as the Korean versions of “Les Miserables” and “The Phantom of the Opera.”

“I’ve always dreamed of playing in the West End since I was a student,” the actor said excitedly. “First, I was not sure if I could make it because I am not a native English speaker. But I decided to give [the audition] a go, without feeling much pressure.”

After working on his pronunciation with a British friend, Hong sent a video clip, showing himself singing songs from “Miss Saigon,” to the production team.

Shortly afterward, he was contacted by Mackintosh. He had made the show and would be joining notables such as Jon Jon Briones, Alistair Brammer and Eva Noblezada.

Since starting his career in 2002 with a minor role in the Korean musical “The Last Empress,” Hong has won critical acclaim from industry insiders. Yet his path to fame hasn’t been easy. For four years after his debut, he was unable to find much work.

“?‘Miss Saigon’ was especially meaningful work for me because it was the play that gave me the chance to grow up as a real performer,” he said.

In 2006, Hong was cast as a stand-in for the lead character Chris - an American sergeant who falls in love with Kim - in the Korean production of “Miss Saigon.”

Just one week before the curtain rose, the original actor, who was supposed to play Chris, came down with severe laryngitis and was forced to drop out. Hong took over with rousing success, and the rest is history.

Since then, Hong has revealed his multiple personas on stage, including as Dr. Henry Jekyll and Edward Hyde in “Jeckyll and Hyde,” as the Phantom and Raoul in “The Phantom of the Opera” and as Quasimodo in “Notre Dame de Paris.”

Hong also held a solo concert in Olympic Hall last year, inviting fans to experience an in-depth look at his musical taste and ability. Tickets sold out within a day.

“I understand that there will be a glass ceiling for Asians in the mainstream musical scene, whether it is the West End or Broadway,” said Hong. “But it doesn’t matter. One thing I’m pretty sure of is that gaining experience in the West End will make me a better artist.”

At the end of the interview, the aspiring performer cited a song he famously performed when he played Don Quixote in “Man of la Mancha.” “That is my quest, to follow that star,” he said. Even if it seems like an ‘Impossible Dream.’?”