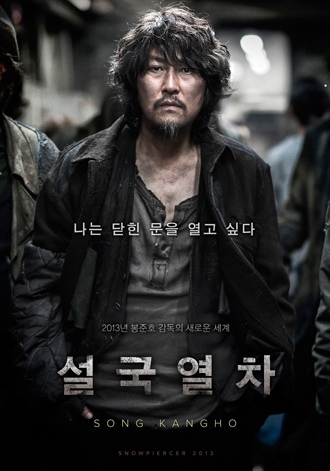 Finally overcoming a long-running dispute with its distributor, Bong Joon-ho’s dystopian thriller “Snowpiercer” will get a North America release in its original version.

“The exact release date hasn’t been decided yet, but it is scheduled to open in the first half of the year,” said an official at CJ Entertainment, the movie’s Korean distributor, to the Korean media. “At the latest, it will be released by the end of June.”

The Weinstein Company, the film’s distributor for English-language territories, agreed to release the original version of the film instead of a tightened version with as much as 20 minutes removed, according to the online entertainment news site Deadline. But in return for Bong getting his original edit, the Weinstein Company would only provide a limited release for the movie instead of a wide release, as originally agreed to.

“Snowpiercer,” despite being a Korean movie, features mostly English dialogue and such Hollywood actors as Chris Evans, Tilda Swinton and John Hurt, along with Korean actors Song Gang-ho and Go Ah-sung.

The film reportedly cost more than $40 million to make, but during its run in Korea last summer it made 67 billion won, or about $62.3 million. In France, where it was released in October, it made more than $5 million.