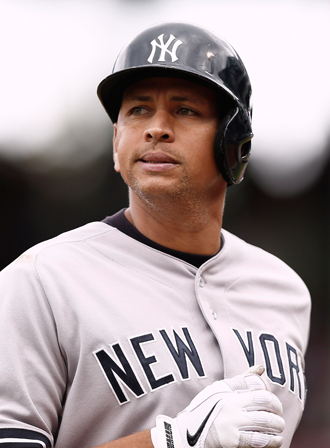 Alex Rodriguez ended his extended and acrimonious fight with Major League Baseball on Friday, withdrawing a pair of lawsuits and accepting a season-long suspension that marks the longest penalty in the sport’s history related to performance-enhancing drugs.

“I think it’s a good move for him,” former Commissioner Fay Vincent said. “A-Rod had no chance legally, and the commissioner got his authority validated.”

Rodriguez was among 14 players suspended last summer following MLB’s investigation of a Florida anti-aging clinic accused of distributing banned substances. Given the harshest punishment, A-Rod was the only player to contest his penalty.

The Major League Baseball Players Association filed a grievance, arguing Rodriguez’s 211-game ban was unwarranted or at the very least excessive. Rodriguez also sued MLB and Selig in October, accusing them of “vigilante justice” as part of a “witch hunt” against him.

Horowitz presided over 12 days of hearings last fall highlighted by Rodriguez’s decision not to testify. Horowitz concluded on Jan. 11 there was “clear and convincing evidence” Rodriguez used three banned substances over the course of three years - human growth hormone, testosterone and Insulin-like growth factor 1. Horowitz also ruled A-Rod twice tried to obstruct baseball’s investigation, but he nonetheless reduced the suspension to 162 games plus the 2014 postseason.

Rodriguez sued MLB and the union two days later in federal court in Manhattan, claiming the arbitration process was flawed. But the Supreme Court has established narrow grounds for overturning arbitrator’s decisions, and legal experts said Rodriguez had virtually no chance of succeeding in his attempt to have Horowitz’s decision vacated.

MLB issued a low-key statement calling the decision to end the litigation “prudent.”

“We believe that Mr. Rodriguez’s actions show his desire to return the focus to the play of our great game on the field and to all of the positive attributes and actions of his fellow major league players,” the sport said. “We share that desire.”