Itami Jun’s “The Wind Museum in Jeju Island, Korea” (2006) is an example of his belief that architecture should be in harmony with nature. [JoongAng Ilbo]

The late Itami Jun (1937-2011), a Korean architect whose work straddles Korea and Japan, is the subject of a retrospective at the National Museum of Modern and Contemporary Art (MMCA) in Gwacheon, southern Seoul. The exhibition “Itami Jun: Architecture of the Wind” traces Itami’s 40-year journey through his drawings, blueprints, private possessions and architectural work.

Itami, whose real name was Yoo Dong-ryong, was born in 1937 to Korean parents in Shizuoka Prefecture, Japan. His identity as a zainichi Korean (Koreans living in Japan) made him an outsider in both countries.

“However, until his death, my father refused to be naturalized as a Japanese citizen,” his daughter, Yoo E-hwa, said last week at MMCA.

Yoo, who is also an architect, added “although there were many limitations to expand his career [to remain as a Korean,] my father did not compromise with the harsh reality.”

The exhibition begins with the “Origin of Itami Jun’s Works,” which displays Itami’s wide range of artistic productions, including paintings, calligraphy and writing. 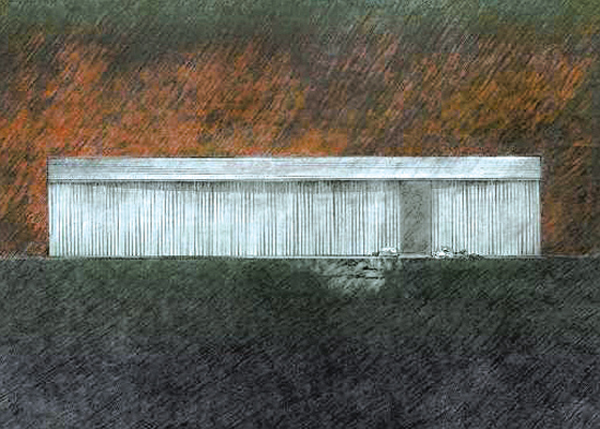 A conceptual rendering of “The Wind Museum” (2006) [JoongAng Ilbo]

His architectural voyage is divided into two parts: his early works in Japan and his later works on Jeju Island. The second through the fourth sections of the exhibit feature buildings and blueprints he created from the 1970s to the 2000s in chronological order.

Itami was influenced by Mono-ha, a Japanese artistic movement that was notable in the late 1960s to early 1970s. Mono-ha focused on using raw, unaltered materials found on earth, and Itami specifically focused on the wind.

“[I try to] listen to the language spoken by the topography of the land and the ‘voice of the wind,’?” Itami wrote in his book, “Architecture and Urbanism 1970-2011.”

By the late 1990s, he was questioning the relationship between architecture and nature. Itami hoped his buildings could communicate with the surrounding nature by seeking harmony while sometimes conflicting with it.

The start of the 2000s marked another change: He moved his base to Jeju Island, where he found his everlasting muse - the wind. Curator of the MMCA, Jeong Da-young, said, “Jeju Island is symbolic to the architect, since it not only resembles his hometown, Shizuoka, but it’s also where the wind comes from.” 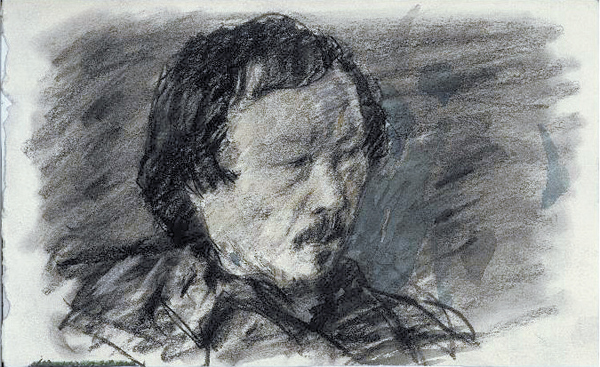 Self-portrait of Itami Jun. Provided by the museum

His buildings in Jeju include “Guest House PODO Hotel” (2001), “Three Art Museums, Water, Wind, and Stone”(2006, respectively) and “The Church of the Sky, Bangju Church” (2009). The wavy design of the PODO Hotel resembles the oreum (parasitic volcanoes), which are prevalent on Jeju, while the three art museums show how each raw material embraces the island’s nature. In the “Church of the Sky,” water surrounds the church and reflects the light of the ever-changing sky.

Itami was interested in selecting the materials for his buildings because he believed every architectural work conveys its regional context. He hoped architecture could be a medium to connect the self with the world.

In the last part of the exhibition, viewers can visit Itami’s workshop, where his artistic inspirations were born. Viewers can see an old, white porcelain from the Joseon era (1392-1910) and his old Korean-Japanese dictionary.