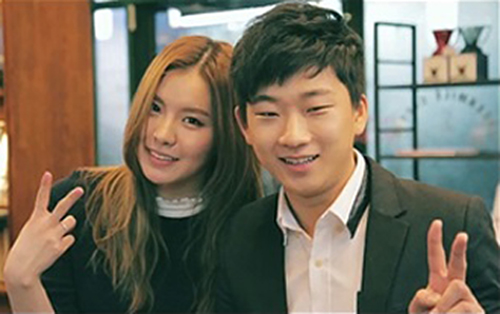 Togeworl, also known as Two Months, a duo comprised of Kim Ye-rim and Do Dae-yoon, released a digital single titled “Talk to Me” yesterday at noon.

It’s been nine months since the duo’s last single, the song “Number 1.”

Since then, Do, the 19-year-old male vocalist, left for America to finish his studies. Kim, who is also known as Lim Kim, released an album and two EPs as a solo artist, generating hits like “All Right” and “Rain.”

So far, “Talk to Me” is in the top 10 on several online music charts.

However, according to the group’s agency Mystic 89, Togeworl won’t appear on any live music programs on TV.