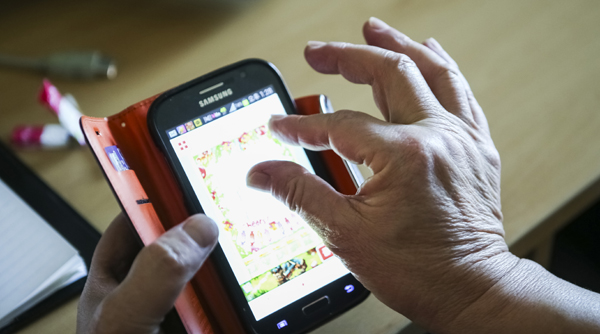 Kwon Hyuk-woo, 62, worked for more than 30 years as a civil servant at the Seoul city government. He retired five years ago but wanted to get back into the workforce.

Lacking knowledge of computing, aside from basic word processor skills, he decided to get certified in IT skills, a test that evaluates capability on most Microsoft Office programs.

After failing to meet the minimum passing score eight times, Kwon finally obtained the certificate on his ninth try. He went on to get two more certifications involving higher-level IT skills.

He now works at the Government Employees Pension Service as an IT skills instructor.

“In such a quickly aging society, computer- and IT-related skills are almost necessary to make a living with a second career,” said Kwon. “You can’t even submit your resume to a small company without such skills.”

Kwon is not alone. Many more Koreans, especially older people, are getting government certificates for practical job skills, according to data released by the Korea Chamber of Commerce and Industry.

The overall number of people taking tests for certifications jumped about 12 percent to 678,000 in 2013 compared to the previous year, said the chamber of commerce in a report last Thursday.

The report looked at the three most popular certifications: computer ability, working English and written Chinese.

Besides basic computer- and IT-skill certifications, an official from the Human Resources Development Service of Korea said that the most popular certifications for retirees looking for new jobs were for heavy-vehicle operations, such as for excavators and forklifts, and cooking.

According to the Human Resources Service, certifications for people aged 50 and up increased to 30,572 in 2012 (the most recent year where age-specific information is available) from 26,250 persons in 2009.

“The average age level has risen overall because current workers and retirees are want to obtain certifications in an effort to find new jobs, whereas students were the major test takers in the past,” said a communications officer at the chamber of commerce.

“In addition, first-time job seekers nowadays take longer to prepare high-level credentials prior to recruitment. That does not necessarily mean that young job seekers are losing interest in the value of certifications.”

However, human resource experts said that getting certified in basic skills has grown less useful for first-time job seekers in many career areas, especially as employers increasingly look for practical, hands-on experience instead of theoretical knowledge.

Byun Ji-sung, the public relations manager at Job Korea, a major job-search website, noted that few conglomerates give points in their hiring process for being certified in written Chinese. She advised job seekers only to get certifications that directly relate to the position they are applying to.

Rather than certifications, the Human Resources Service recommends young job seekers look to the new National Competency Standards, a set of state-designated criteria for a variety of jobs that requires the completion of apprenticeships and theoretical studies.

The new system is supposed to be developed by the year-end.

Experts also cautioned about the limits of certification, even for retirees.

Byun said that cases like Kwon are rare, noting that the market is flooded these days with older retirees looking to re-enter the job market, especially in real estate and as social workers.

“Because it is very rare to see retirees get new jobs related to their past career experience, most of them turn to certifications, so there is more supply than demand” Byun said.