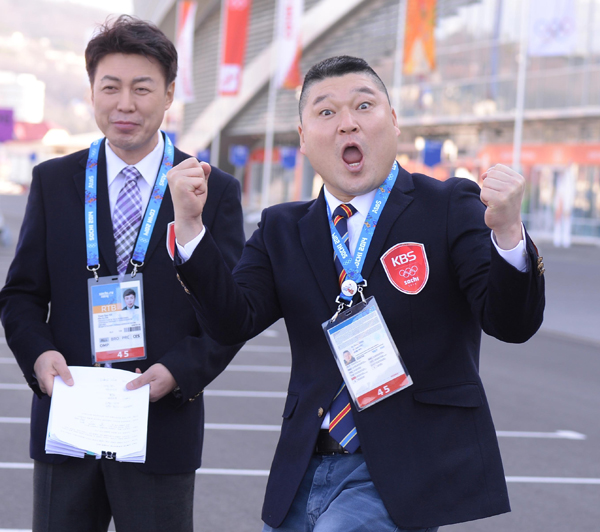 Comedian Kang Ho-dong is receiving positive feedback for his work as a Sochi Winter Olympics commentator, according to local media reports yesterday.

The 43-year-old comedian showed excitement before the race, saying, “I am so nervous and excited. I will support the Korean team [that is] hoping to deliver the power of a miracle.”

Unlike Kang’s previous style of hosting a variety show with a powerful voice and slightly overboard actions, he was calm and tried not to interfere with the flow of the other panelists’ comments.

Kang also talked about his past career as a wrestler and sympathized with the athletes who seemed nervous before the race.

He cheered on Mo Tae-bum, who came close to winning a medal but finished in fourth place, by saying, “Thank you and all other athletes who have worked so hard for the past four years, regardless of the result.”

Of Korea’s three major broadcasters, KBS ranked first in viewership ratings with 13 percent, followed by MBC with 10 percent and SBS with 3.3 percent.