Yang branches out with ‘Idea Tree’

Yang branches out with ‘Idea Tree’ 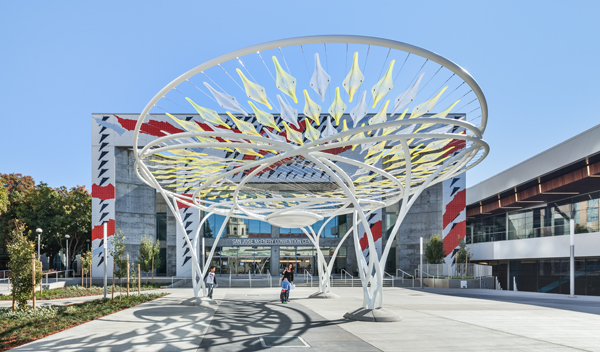 A new piece of public art sprang up in the plaza area of the San Jose McEnery Convention Center last October, as part of the center’s expansion, in a U.S. city well known for being home to Silicon Valley.

The sculpture, a kind of canopy supported by three groups of columns, was constructed by Korean artist and architect Yang Soo-in. The artwork was commissioned by the city after Yang beat out more than 140 teams from all over the world in a competition.

The 38-year-old architect based in Seoul and New York had already attracted attention in Korea by being one of the creators of “Sosoljib,” a house in Namhae County, South Gyeongsang, that is completely energy independent.

The JoongAng Ilbo recently met Yang in his studio in Sinsa-dong, southern Seoul, to talk about his work and the new commission. 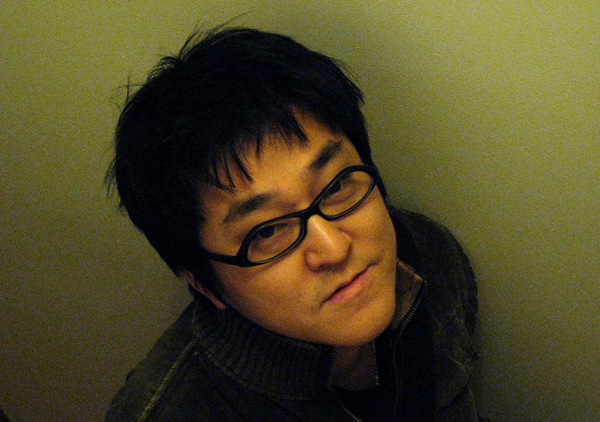 Q. What is the concept behind “Idea Tree”?

A. It is not just a decoration for the plaza. It gathers spoken ideas. The public can leave short voice messages that are wirelessly transmitted to interactive sound equipment housed in the canopy’s center. Audio messages are deconstructed and reassembled to create short poems.

Then it is an interactive art piece?

Yes. The “Idea Tree” also measures the time spent by viewers listening to each message to estimate the popularity of each message.

Popular messages remain in play over time, while others are deconstructed again to make a kind of ambient music. For that music, I collaborated with the electronic musician DJ Soulscape [Park Min-jun], whom I have admired for a long time.

What aspects of your concept do you think appealed to the contest judges?

Although one of the conditions in the contest was to use technologies, I thought it would not be exciting if I focused only on technology.

So I presented the idea of a public art piece that would interact with people as if it were a living organism. I guess the judges thought its qualities resembled the ecosystem of Silicon Valley.